The 1911: Legendary Handgun of Lawmen

Last year (2011) marked the 100 year anniversary of Browning’s M1911 pistol design, produced by Colt. This is made all the more remarkable in that he also designed the .45 ACP round that feeds that firearm. 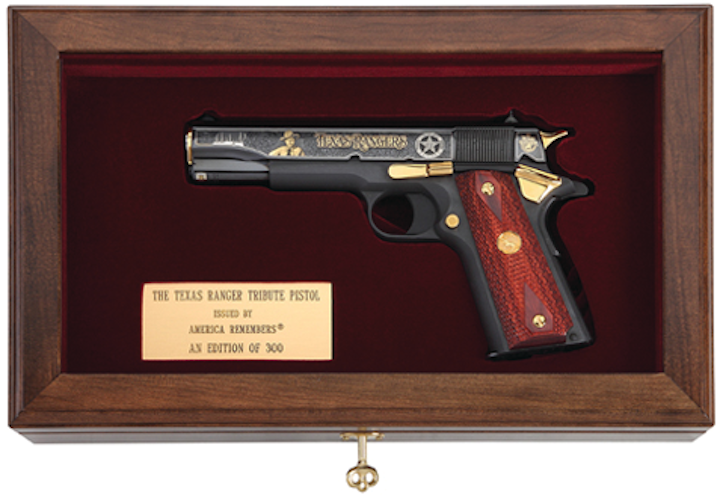 The Texas Ranger Commemorative Model of the 1911. Only 300 were made.
TexasRanger.org

In previous months we have examined firearm progression in law enforcement since the American Civil War. This month we are going to study a particular pistol and round, but concentrating on the genius of their creator: none other than John Moses Browning. Last year (2011) marked the 100 year anniversary of Browning’s M1911 pistol design, produced by Colt. This is made all the more remarkable in that he also designed the .45 ACP round that feeds that firearm.

Browning’s creativity did not start or stop with the 1911. In fact he is responsible for over 128 gun related patents. From these designs came the Browning High Power, the Winchester 30-30 and Pump Shotgun, the Browning Automatic Rifle (BAR) and .50 caliber Machine Gun and the Browning Auto-5 Shotgun (aka Remington Model 11). Amazing as this may be, it is the venerable M1911 in .45 ACP that law enforcement officers throughout our country’s history have embraced. This, since the Texas Rangers began carrying it immediately following the Army’s issue of the weapon in 1911. In fact, Colt has produced a Texas Ranger’s Commemorative pistol (only 300 were built and the pistol is entirely too gaudy for my tastes, see photo. Your mileage may vary).

John Browning’s auto-loader designs began in 1889 when he converted a lever action Winchester 1873 by diverting the gases back to the action. His experiments were based on the work of Hiram S. Maxim who created a machine gun in 1883 (from 1883 to 1885 Maxim patented gas, recoil and blow-back methods of operation). Mr. Maxim was an incredible designer easily on par with Mr. Browning and, should interest warrant, I’ll review him at a later date.

About the same time that Browning was perfecting some of his rifle designs for Winchester Repeating Arms, the United States Army was at arms with a Muslim tribe on the Philippine isles around Mindanao (1899-1913). These Moro warriors would fashion crude body armor out of wood and leather and then use narcotics to make their bodies impervious to pain. The Army’s firearm choice of .38 Long Colt revolvers and .30 Krag rifles proved woefully inadequate.

The United States Army, realizing that the .38 caliber round just wasn’t doing what they needed, assigned an Army Ordnance Board to examine the effects of differing calibers on animals (both live bovine as well as bovine and human cadavers). Col. John T. Thompson (inventor of the Thompson sub-machine-gun) and Col. Louis A. La Garde reported to the Army that a .45 would be needed to provide adequate stopping power. This report was not backed up by any of their findings but, being good officers, they just figured it would suffice to make their beliefs the authority on the subject and move forward.

As the Army was proposing a request for a new sidearm, Browning was putting the finishing touches (he thought) on a blow-back operated semi-automatic pistol in .38 (the dimensions of this round were very similar to today’s .38 Super). Since Browning already had a 230 grain .45 caliber round of his own design ready to go, he merely adapted the .38 pistol to accept his .45 round and submitted it to the Army.

In 1906 several companies submitted pistols for evaluation including: Bergmann, Colt, Knoble,  Luger, Savage, White-Merrill and Smith & Wesson. The second round of tests in 1907 left only two: the Savage and the Browning designed Colt for further review. The Army Ordinance Department made continual requests for more refinements from 1907 through 1911. Browning, committed to producing the best possible handgun for the tests, relocated to Hartford to work with a young Colt employee, Fred Moore. Together they worked to refine the Browning designs after each request from the Ordinance Office.

The final test was conducted on March 3, 1911 and consisted of each handgun firing 6,000 rounds. After every 100 rounds the pistol would be allowed to cool for 5 minutes and every thousand rounds, cleaned and oiled. They were subjected to bullets seated too deeply, not deeply enough and even deformed rounds. They were then exposed to acid and salt water emersion. Reports from the test state that the Browning design did not incur a single malfunction. The Savage had 37.

According to “The .45 Automatic, An American Rifleman Reprint,” March 20, 1911; National Rifle Association of America, “Of the two pistols, the board was of the opinion “that the Colt is superior, because it is more reliable, more enduring, more easily disassembled when there are broken parts to be replaced, and… more accurate.”

Colt’s final production pistol became the M1911. Browning designed a semi-automatic, single action, locked-breech pistol that chambered rounds fed from a single stack, 7 shot magazine in .45 Caliber ACP (Automatic Colt Pistol) that became the official sidearm of the United States Armed Forces on March 29th, 1911. Prior to World War I, the United States Government purchased over 140,000 pistols produced by Colt and Springfield Armory (SA began making the M1911 in 1913 when it became clear that Colt could not produce them in great enough numbers).

In 1917, planners predicted they would need 765,000 pistols to supply our ever expanding military. This number was then increased to 1.3 million and finally to 2.7 million. Following the war the Army Ordnance Department concluded that further changes should be made to John Browning’s design. These changes would produce the Model 1911A1. We will continue with Mr. Browning’s incredible pistol and bullet design next month. 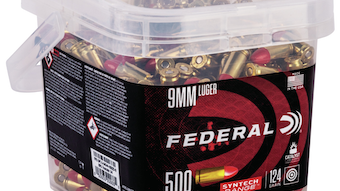 From the largest ammunition manufacturer of the world comes all-new Syntech Bulk Buckets boast 250 to 500 rounds packed in rugged plastic buckets that stack, store and transport easily. Shipments of this product have been delivered to dealers.
Federal Ammunition
Nov 8th, 2019 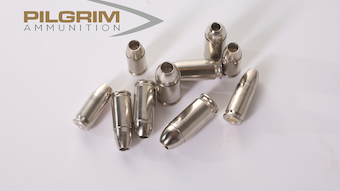 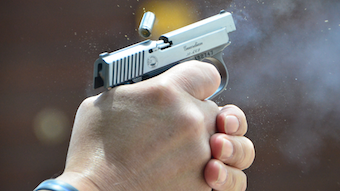 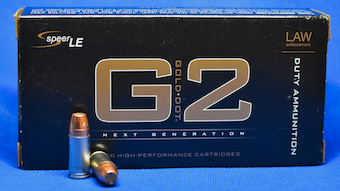 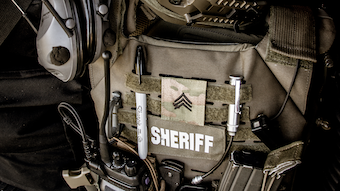 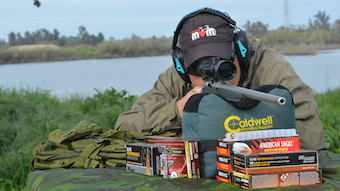 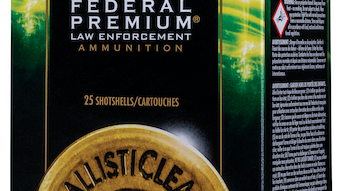