NEWARK, Calif. – December 2, 2019 -- ShotSpotter, Inc. (Nasdaq: SSTI), the leader in solutions that help law enforcement officials identify, locate and deter gun violence, today announced it has received unanimous approval for continued use of its gunshot detection technology by the City Council of Oakland and its Privacy Advisory Commission (PAC) after a rigorous review. The review was required under a 2018 ordinance that Oakland established in conjunction with the ACLU related to the acquisition and use of surveillance technology. Oakland’s ordinance is considered the strongest municipal surveillance oversight in the United States[1]. Earlier this year, the city banned the use of facial recognition technology.

Oakland’s PAC, composed of commissioners from each city council district, acts as a privacy check on the city when any municipal entity wants to acquire or continue using an existing technology that may impact individual privacy rights. After a six-month review, the commission unanimously approved the continued use of ShotSpotter’s gunshot detection technology. Oakland has been a ShotSpotter customer for more than 10 years.

“The Privacy Advisory Commission is here to protect the interests of Oakland’s citizens as technology continues to expand into more areas of people’s lives,” said Brian Hofer, Chair of Oakland’s Privacy Advisory Commission. “ShotSpotter has proven to be a thoughtful and transparent leader that does what it takes to mitigate privacy concerns. We recognize ShotSpotter as an important tool for public safety and determined that its benefits outweigh the very minimal risks to individual privacy.”

“We strive to find the right balance between addressing potential privacy concerns and ensuring the operational effectiveness of our products to deliver public safety benefits,” said ShotSpotter President and CEO, Ralph A. Clark. “Securing unanimous approval from Oakland’s City Council and Privacy Advisory Commission validates the path we are on to best serve the community’s needs.”

Earlier this year, the non-profit Policing Project at the New York University School of Law conducted an independent privacy audit of ShotSpotter’s gunshot detection technology. The organization had full access to ShotSpotter technology and personnel as well as full editorial control of the report. The report concluded that ShotSpotter was “an extremely low risk for voice surveillance.” The Policing Project also recommended several modifications to further strengthen ShotSpotter’s privacy protections and all the recommendations were adopted. 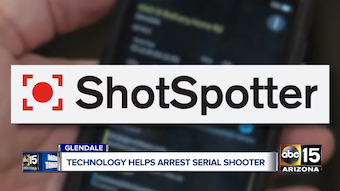 A Glendale man is behind bars after detectives say he fired more than 80 rounds from two different pistols in a matter of weeks.
Sep 10th, 2019
Gunshot Location Systems 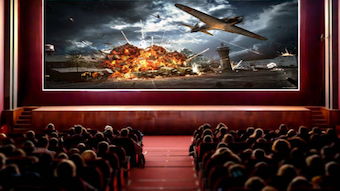 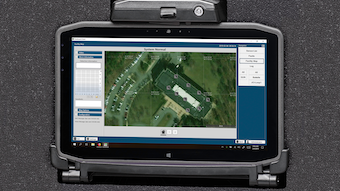 SDS to Exhibit at the Annual AAAE Conference in Boston

SHOTSPOTTER APPOINTS MERLINE SAINTIL TO BOARD OF DIRECTORS