Five simple ways you can upgrade your range to improve health and safety as well as efficiency of training. 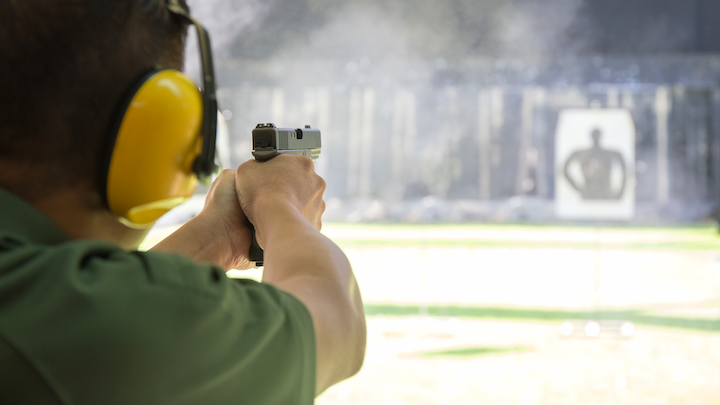 Many ranges used for firearms training are either incomplete, outdated or no longer large enough to answer the needs of the agency (or agencies) requiring the use of them. In many urban areas the health and safety concerns have increased in parallel with awareness of inhaling combustibles, by-products, lead, carbon and more. Ventilation has become a large issue even on outdoor ranges. On both indoor and outdoor ranges, the presence of lead has become a growing concern and with outdoor ranges, even with miles of clear backdrop space, berms to contain projectiles are the norm. The miles of clear space is becoming considered a secondary safety control. That all recognized, any firearms instructor you talk to will assure you that for every increase in safety there is a proportionate loss in real life skill increase. In other words, increased safety usually means a decrease in training efficiency. This begs the question: what changes to your range or training regimen can be made that will increase the value of the training while increasing safety or decreasing health concerns?

All too often the “square range” is used to meet administrative requirements for measuring how well officers can put bullet holes in paper targets under zero stress and within time limits that are usually too generous. This is not training and shouldn’t be considered such unless it is being used as a diagnostic tool for the firearms instructor to correct a shooting shortfall with a given officer. Many officers who attend such qualifications are as bored with the process as the instructors who are overseeing it. Boredom creates a lack of attention and if you’re not paying attention on the range then you are just begging for injuries caused by negligence.

The goal is to keep shooters on their toes and increasing their skill sets. To accomplish that you have to go beyond shooting paper. You have to create circumstance that forces the shooter to increase their focus, hone their basic skills and apply those skills to a challenging circumstance. To capture the interest of the shooter and add an element of fun to the training, reactionary targets are an excellent tool. There are two that can increase your shooters’ skill sets and they are not expensive to procure.

The plate rack: These come in sets of four, six or eight plates and are simple to operate. The steel plates have to be set so that the ammunition you’re using will drop them on a single shot (unless you mandate a controlled pair on every target) and then, once all the plates have been shot down, a simple pull on a rope resets them all. Typically these are 8” plates and a minimum shooting distance should be 5 yards / 15 feet. (Note: Many folks voice the warning that steel targets shouldn’t be engaged any closer than three feet. This is absolutely true but extended distance doesn’t mitigate all risk. This author has been hit by shrapnel at 15 yards / 45 feet away from a steel target.) If your shooters have to get closer than 15 feet to hit an eight inch plate with their duty weapon and ammo, they need to go back to the square range and do more basic work on paper. Have your shooters see how fast they can clear the rack and compete for time. To add in a greater challenge, intentionally build in a reload or malfunction drill.

The dueling tree: With six or eight targets (typically) this is a steel stand with targets that flip back and forth from side to side as they are shot. With two shooters side by side, you set the dueling tree with half the targets on each side. The challenge/competition then becomes getting all the targets on the other shooter’s side. In other words, if you are the left side shooter, you want to shoot faster and more accurately than your competitor so that all the targets end up on his side of the tree. He is trying to do the same. Speed and accuracy win the day. Comradery is a side effect of such competition and increased skill benefits all around.

2. Add/upgrade to a clean maintenance space

All too often the cleaning space for a range is either the classroom or an outdoor table/area. Little, if any, consideration is given to disposing of the lead and carbon encrusted cleaning swabs and ventilation is usually whatever is standard for the space. Understanding that lead and carbon have both been recognized as carcinogenic contaminants, it behooves agencies to insure proper hazardous materials controls and ventilation that surpasses recommended OSHA/EPA minimums. Further, given that all clothing worn while shooting and then while cleaning weapons is also contaminated, basic education on how to handle the contaminated clothing should be provided. One agency this author is aware of even goes so far as to have an electro-static mat outside the entrance to the cleaning room for the purpose of drawing contaminants off the shoes of those going in and out to clean their weapons. That agency considers the entire room a bio-hazard area and mandates gloves be worn for all weapon cleaning work. There are warnings on every solvent, cleaner and lubricant used to clean and maintain firearms. Don’t treat this issue cavalierly. Examine your cleaning / maintenance space and upgrade the biohazard controls and ventilation as necessary. 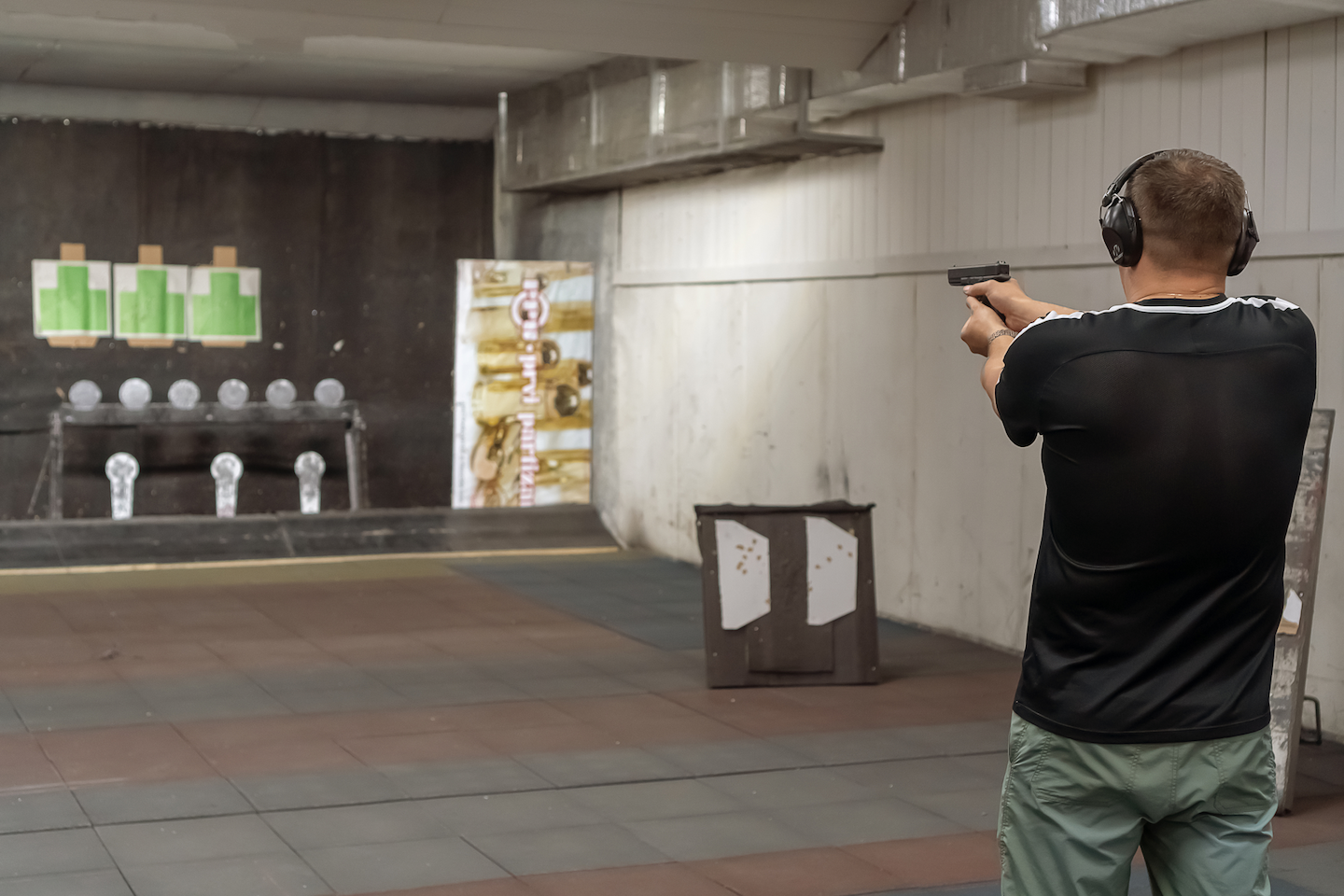 Especially with an indoor range, ventilation, back stop and ricochet potential are clear concerns. Don’t endanger your shooters / trainees in the interest of making it “more fun.” Be safe and train to the maximum limit you can within safety considerations.© Dreamstime.com

In real life shootings on the street it will be a rare occasion that your officers engage a target that is standing still. Even at an average engagement distance of less than ten feet, hitting a moving target can be a challenge, especially if you’ve never trained to hit a moving target. Some systems that allow for targets to move are costly. Others are far less expensive but more time consuming to operate. Investigate the possibilities and find out what your agency can budget. The targets should be capable of moving side to side in a non-smooth fashion (because nobody dodges bullets in a smooth fashion) as well as back and forth. Training your officers to engage targets FAST because the target is closing on them with lethal intent is a valid skill objective. IF the targets can be made to move in a diagonal across the shooter’s position, all the better. If not, sideways and back and forth are far better than stationary targets.

4. Move the shooters – horizontal and vertical

In addition to moving the targets, move your shooters. What is the chance that your officer is always going to be on the same horizontal plane as the person he’s engaging? In most jurisdictions there’s a real possibility that officers will engage with targets that are up a hill, down a hill, a floor above them or below them, off the deck in a backyard or up on a terrace. The reality is that your officers have a greater chance of being in a shooting where they are not on an even plane with the aggressor than of being perfectly level with them. Where is the sense then, in training our officers only to engage targets on the same level? Lumber isn’t that expensive and the structures don’t have to be large. Put them on wheels and build them out of pressure treated materials so you can store them outside without severe weather impact. Build a platform that is three feet tall, six feet tall and nine feet tall. With just those three you can simulate separate floors in a structure, decks outside, stairways in apartment buildings and more. Insure that your officers are practicing safe weapon handling skills as they move from level to level and pay attention to how their marksmanship is impacted, if at all, by the differing engagement heights.

Nowhere in any given patrol area will you find a space that is like your firearms range. If you do, it’s a firearms range. Reality is different. There are walls, structures, furniture, vehicles, tools and more. Any given backyard can have a pool, grill, bicycle, rain barrel, shed or whatever. Does any of that exist on your range? On one range we visited they had picnic tables, 55-gallon drum barrels and an old steel post office box (the kind you used to see on street corners) on wheels. They could move those props around to create different scenarios for the shooters going through something more than basic marksmanship training. If your range training space permits, take a patrol vehicle down there and park it in various positions to have your officers use as cover and/or to shoot from. Have them get out of it as if they’ve just responded to a call, move to a position of cover and engage the target from there. Yes, you will end up with holes in that particular vehicle so make sure your fleet manager knows it’s not coming back in a serviceable condition.

The square range doesn’t have to be JUST a square range. It can be healthier but also more efficient for true training; not just a space for meeting administrative requirements. As firearms instructors you have a responsibility to do more than meet your agency’s minimum standards on paper. You have a duty to prepare those officers you train to meet real threats and have the skills to not only survive them but emerge from those potentially lethal conflicts victorious.

What It Takes To Make a Contemporary Range

Small Design Changes Lead To Big Effects On The Range 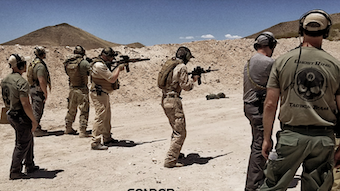 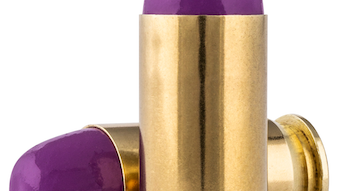 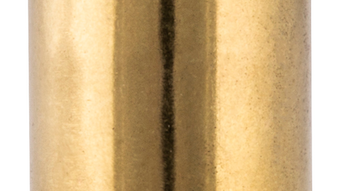 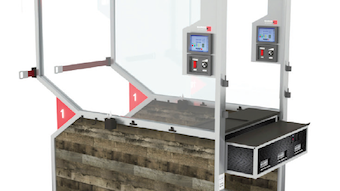 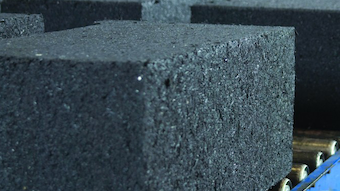 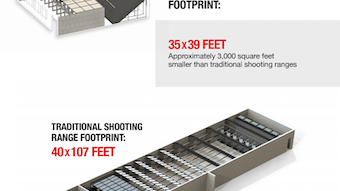 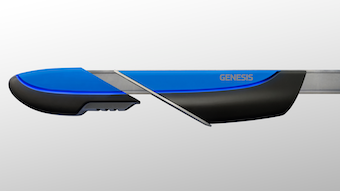