The new class of bait bike 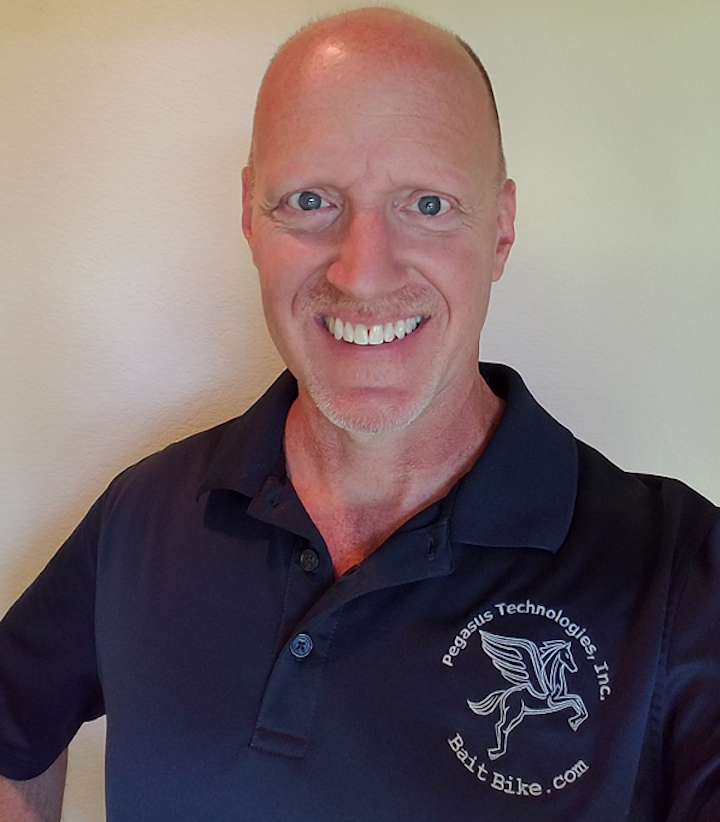 In an effort to become more proactive in property crime prevention, and to help decrease the bicycle theft epidemic plaguing many cities and college campuses across the country, many law enforcement agencies are turning to bait bikes as a cost effective tool to capture thieves and reduce thefts.

A bait bike is a relatively valuable bicycle equipped with a hidden tracking device, sometimes multiple tracking devices. It is used by law enforcement to capture thieves.  The value of the bicycle should exceed the value threshold for felony classification, making the theft of the bait bike a serious offense. This allows responding officers to make an arrest without witnessing the crime and gives the district attorney greater prosecutorial flexibility. How it works: The bait bike is left unattended in areas where bikes tend to get stolen, or where other theft crimes have recently occurred. When the bike is stolen, the tracking device automatically activates, immediately alerting officers of the theft. The bike is then tracked and recovered. The thieves are arrested.

The concept is nothing new. U.S. agencies have been using bait bikes for years, setting out an expensive bicycle, disabling the shifters so that the bike will only travel in its lowest gear, and surrounding it with a perimeter of plain-clothes officers waiting for the bike to be stolen. The cost of running such an inefficient sting operation usually limits the use of the bait bike to perhaps a few days each year. Conversely, today’s electronic tracking technology allows a bait bike to be left unattended for days or weeks without using so much as a single man-hour until the bike is actually stolen. That means a bait mike may be deployed on a near full-time basis while officers only respond once a theft has occurred.

Deputy Garland Lew of the Placer County (Calif.) Sheriff’s Department is one proponent of utilizing bait bikes as part of his agency’s overall theft reduction strategy. Lew says, “Bait programs should become part of every law enforcement agency’s budget plan because the return on investment is enormous. Their efficiency extends beyond criminal apprehensions as conviction rates are very strong, usually without officers ever having to appear in court.”

Many agencies have also figured out that a bait bike can be very useful in solving crimes other than bike theft. Many college campus police departments will regularly leave their bait bike in the back of a pickup truck in the college parking lot when and where vehicle burglaries are occurring. The bike is very visible and a thief looking to break into a vehicle will have a hard time bypassing such a valuable opportunity. Other agencies have successfully used their bait bike to capture residential or vehicle burglars. They leave their bait on a bike rack on the back of a vehicle parked along the street in neighborhoods that have experienced recent burglaries. Because most thieves are serial in nature, the capture of one thief will usually solve countless other crimes and prevent an untold number of others.

So you have decided that you want to deploy a bait bike. What next? Finding a suitable bike is a great start. Larger agencies may have a property warehouse that can be searched for a nice bike of sufficient value. If using a used bike, it is important to get an appraisal from a bike shop to establish value, especially if trying to meet the felony value threshold. If the property warehouse is not an option, then talk to local businesses. A bike store may have a bike that they can loan or donate to the cause, or they may offer a great discount on a new bike. When purchasing a new bike, it is a good idea to buy something with minimum retail value of at least 150 percent of the felony threshold in order to allow for depreciation while maintaining your bike’s felony value. It’s also a good idea to get an appraisal each subsequent year as additional proof of value. Most bike shops will do this for free.

The most successful bait bikes are brightly colored and look expensive. Common high-quality name brands such as Specialized and Trek are always attractive, especially the higher-end models with good quality components. These bikes also hold their value well and allow for a longer useful life before depreciation takes its toll.

Once you have the ideal bike, you will need to figure out your tracking solution. This is the most complicated aspect of building a bait bike and certainly the most important, as the reliability of the tracking system will substantially determine the success of your bait bike program.

The oldest tracking solutions consist of motion-activated radio frequency (RF) transmitters that can be hidden within the bike, usually under or within the saddle, and then tracked using a direction-indicating receiver, similar to tracking a stolen vehicle using LoJack. While some consider this to be out-dated technology, these types of systems work very well, are simple, reliable, give constant and immediate directional updates directly to officers and can narrow down the bike’s location to a specific house, building, or vehicle.

The main weakness of RF tracking is the limited tracking range, usually only a couple of miles. Some of the most successful deployments of RF tracking technology in bait bikes have occurred with agencies already utilizing a BlueTracs (Formerly ETS) bank robbery tracking system and then adding a bait bike into the system on the same frequency as the bank robbery tags. This offers all existing BlueTracs-equipped patrol vehicles the capability to immediately track the bait bike as well. An important fringe benefit to using the BlueTracs equipment for bait bike tracking is that it gives officers additional practice using the BlueTracs system, honing their tracking skills and making them more efficient and effective when a bank robbery occurs.

While RF tracking technology is a good tracking solution for this purposer, especially in BlueTracs equipped cities, GPS tracking is what most people think of when contemplating tracking a stolen bicycle—and with good reason. GPS trackers are now the size of a small cell phone and accuracy can be better than three meters when used outdoors. With their ability to be tracked nationwide, GPS solutions have begun finding their way into the law enforcement tool bag. However, one must be aware that GPS trackers do have limitations and have seen only limited success in bait bike tracking applications due to the following limitations: hiding a GPS tracker on a bicycle can be challenging due to the requirement of the GPS antenna to have a view of the sky. There are simply very few places on a bicycle in which one can hide a GPS device. Second, the accuracy of GPS when indoors is greatly reduced, prohibiting officers from pinpointing the bike’s location to a specific vehicle, house or apartment if the bike is not in direct view of the sky. Third, the latency in obtaining GPS location updates can make it very difficult to capture a moving bike thief until he reaches his destination.

To overcome these individual technology limitations, the ideal bait bike tracking solution should draw from the combined strengths of both GPS and radio-tracking technologies.  The theory is that the GPS device will give virtually nation-wide tracking range and will almost always pinpoint the bait bike’s location to within a couple hundred feet. At this point, the RF transmitter, along with a hand-held tracking receiver, will lead officers to the exact location of the bike even if hidden inside a large building or storage facility.

A few solution providers now offer bait bike tracking solutions that utilize such a combination, some combining both GPS and RF technologies into one device, and others offering separate GPS and RF devices. While a single tracking device can be easier to install, a combination of multiple devices has the advantage of modular redundancy. If the thief finds and disables one of your devices, there is a backup.

When deployed, a cheap $5 cable lock is ideal for locking up the bait bike and is fairly easy for a thief to cut through. Also, the application of invisible ultraviolet clue spray or clue powder to the bike’s hand grips makes suspect identification possible in the event the bike is tracked to a house full of people. This can often make or break a bait bike case and is very much a necessity.

A consideration is whether or not to publicize your agency’s use of this new tool. While many agencies prefer to keep secret the fact that they are using bait bikes, others have embraced getting the word out. The San Francisco Police Department, which has a small fleet of bait bikes, follows the latter ideology and has had great success with their bait bike program. Sergeant Matthew Friedman, who has been running SFPD’s bait bike program for the past several years, had this to say; “From the law enforcement perspective, the days of being overly secretive in deployment of bait bikes are over.  Publicizing the utilization of bait bikes with comprehensive social media and public relations campaigns has a two-fold effect, it sends a message to thieves that they now take a risk when stealing bikes, and it shows the public that law enforcement is actively doing something about this type of crime.” It’s unknown how effective publicizing the use of a bait bike actually is, but as long as your tracking devices are hidden very well on your bike, it shouldn’t have any negative implications.

Setting up a bait bike can be a bit of a challenge as there are a lot of technicalities to consider, but with the proper research and planning, the payoff can be priceless. The effectiveness of a properly designed and executed bait bike program will undoubtedly continue to pay dividends for years to come.

On Duty: Off Duty with TruckVault 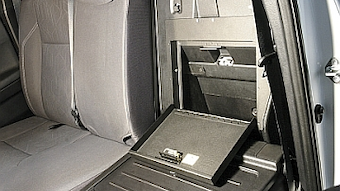 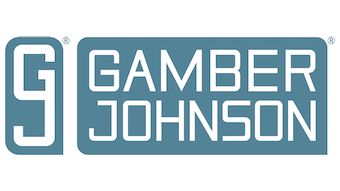 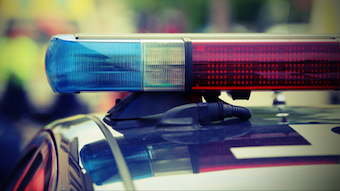 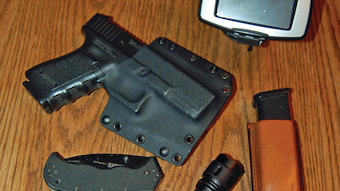 I have been teaching pursuit policy training and this case automatically got my attention. One thing we speak on is tunnel vision.
Randy Rider
Nov 30th, 2011