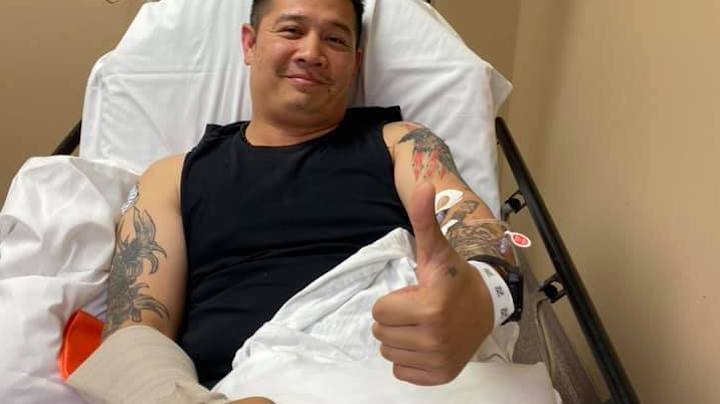 MORROW, Georgia -- Two women accused of stealing perfume from a Clayton County mall could be facing more serious charges after an officer was injured chasing them down.

Quatch fell while chasing three suspects Thursday evening from Southlake Mall. Shoniquea and Zora Locklin were taken into custody, and a third suspect remains on the run, Callaway said. The trio are accused of stealing thousands of dollars worth of “high-end perfume” from Macy’s.

Callaway said one of his sergeants pulled over their car, which had been involved in the theft, and the suspects then ran away. Quatch followed on foot.

The sergeant was taken to Southern Regional Hospital after his fall. In a photo shared to the police department’s Facebook page late Thursday night, he appeared to be in good spirits.

Both were being held Friday in the Clayton County Jail, and the relationship between the two women is unclear.

No description of the third suspect was available.

Anyone with information on this incident is asked to contact Morrow police at 770-961-4006.