Fayetteville Police Officer Stephen Carr was fatally shot inside his patrol vehicle by an armed suspect while parked behind the police department Saturday night. 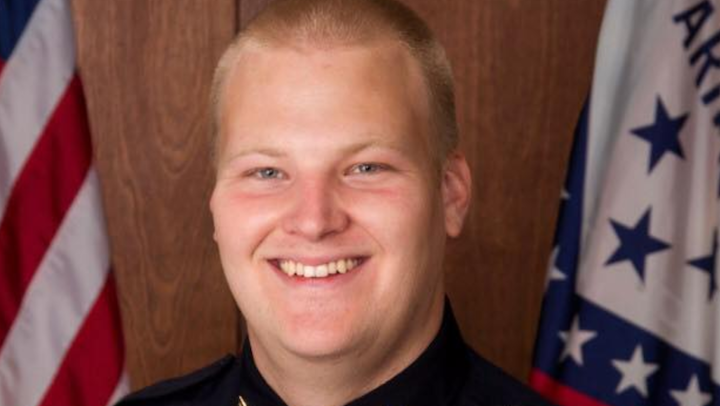 Gunshots were heard behind the building around 9:42 p.m. and officers inside the police department immediately responded and heard additional gunshots, according to a press release.

"Evidence shows that Officer Carr was ambushed and executed while sitting in his patrol vehicle. Preliminary investigation also shows that two officers, whose names will not be released at this time fired at the suspect," the police department said in statement.

The Fayetteville Police Department has requested that the Washington County Sheriff’s Office, and the Federal Bureau of Investigations (FBI) conduct an independent investigation.

Carr joined the Fayetteville Police Department in April of 2017 and was assigned as a patrol officer, currently working in the Dickson street entertainment district.

"(Officer Carr) served our community with dedication and professionalism for the past 2 ½ years, he is a HERO," officials said in a statement. "We would like to thank our community for their outpouring of support, along with our local, state, and federal law enforcement partners for their quick response and assistance. Our thoughts and prayers are with Officer Carr’s family during this tragic time."