Houston Police Sgt. Christopher Brewster died Saturday night after he was shot in the chest. 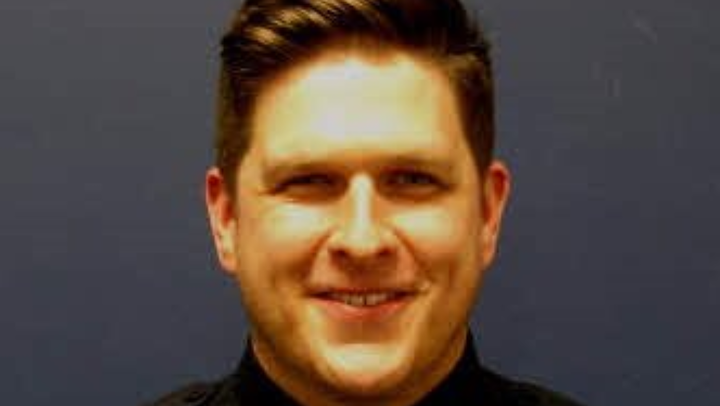 HOUSTON -- A Houston police sergeant died Saturday night after he was shot in the chest with a semi-automatic pistol during a domestic disturbance near Magnolia Park in east Houston.

Mayor Sylvester Turner praised the service of Christopher Brewster, 32, who had been with the department since 2010.

“This is a tough moment for our city,” Turner said. “Today and in days to come, years to come, we will honor him as a hero in the city of Houston for the work he performed on behalf of everyone in the city.”

Officers were called at about 5:50 p.m. to the 7400 block of Avenue I after a woman told 911 dispatchers that her boyfriend was assaulting her and that he had two firearms, Police Chief Art Acevedo said during a press conference.

Patrol officers did not immediately see the couple, but Brewster spotted a man and a woman near the 7400 block of Avenue L.

“When he exited his patrol vehicle, he immediately came under fire,” Acevedo said.

The nine-year veteran of the department fell to the ground, but continued to relay information to other officers about the description of the suspected shooter and the direction in which he ran — an action Acevedo praised.

“I know where his wounds are; they were bad,” Acevedo said. “He had the presence of mind and the courage to broadcast suspect information that was critical.”

Neighbors said they had seen the couple arguing and yelling as they walked down the street.

“I heard five to six gunshots, right after that, not even 15 seconds, HPD started running,” said Jesse, 60, who did not want his last name published.

Another woman, who also did not want her name used, said she was in her friend’s house when they heard several gunshots. At least one bullet went through the house.

When they stepped outside, they saw Brewster lying on the ground. The gunman was running down the street and his girlfriend sprinted into their backyard, where police later took her into custody.

Officers found Solis a few blocks away near Gallegos Elementary School. He was armed with one pistol and police late found a second weapon.

Solis had a lengthy criminal record, including having been convicted of assault to a family member in 2015, evading arrest in 2016, and burglary of a vehicle in 2017. He is expected to face a capital murder charge in Brewster’s slaying, but it had not been filed late Saturday.

First responders performed CPR, but the officer died shortly after arriving at Memorial Hermann Hospital at 6:30 p.m. The officer was wearing a bullet-proof vest.

“It was too high,” the chief said. “That would not have made a difference in this case.”

Twelve other law enforcement officers have died this year in Texas, including two in Harris County. Deputy Sandeep Dhaliwal, Harris County’s first Sikh deputy, was gunned down during a traffic stop in late September. Robert Solis is charged with capital murder in Dhaliwal’s death.

“A true-crime fighter, who loved his job and loved protecting the citizens of our community,” Gamaldi said on Twitter. “He did the job the right way and was a hero before his death. RIP Chris, you will be missed by us all but you will never be forgotten.”

Another officer recalled Brewster as “an awesome cop and a really good guy.”

“He was someone I’d happily ride with any day of the week,” the officer said.

Acevedo was on stage when Brewster was promoted to sergeant earlier this year.

“I remember very clearly promoting him while his family watched him getting his badge,” the chief said, at times turning emotional. “I remember the conversation we had with him on the stage and you know, not even a year later he’s gone because of a coward.”

He said Brewster exemplified the best type of police officer: a leader who looked out for his fellow officers and for the community he served — even as he lay fatally wounded.