Interim Washington Police Chief Dies After Being Struck by Car

Interim Lynden Police Chief Michael Knapp died Wednesday, less than a day after he was struck by a truck while crossing the street while he was on duty. 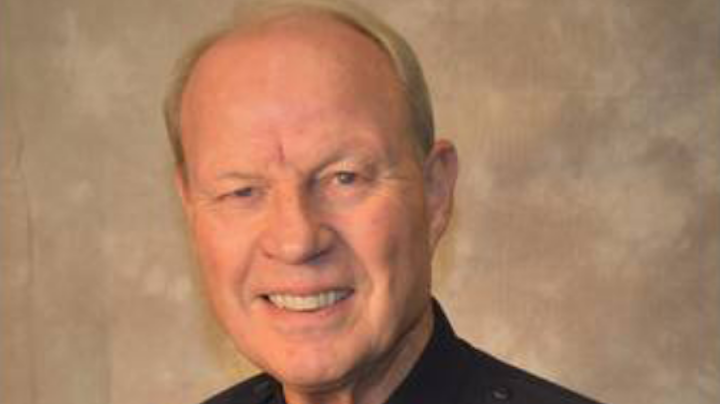 LYNDEN, Washington -- Interim Lynden Police Chief Michael Knapp died Wednesday, Nov. 6, less than a day after he was struck by a truck while crossing Fourth Street in Lynden, according to a release from Harborview Medical Center in Seattle.

“Michael was a family man that touched many and will be sorely missed,” the Knapp family said in a statement sent to The Bellingham Herald by Harborview Medical Center spokesperson Susan Gregg. “He offered so much to his family, friends and community. Thank you for allowing us this private time to cherish his memories and life. There will be a celebration of his life at a future date.”

Knapp, 79, was struck by a maroon 1988 Chevrolet GMT-400 while crossing the street at approximately 5:25 p.m. Tuesday, according to the Washington State Patrol release on the incident.

Knapp was on duty at the time and was wearing a business suit, Trooper Heather Axtman told The Herald.

Axtman said Knapp’s injuries were extensive and included everything from head and spinal trauma to broken bones.

“Anytime you have a community member injured in an incident like this, it’s devastating,” Axtman told The Herald early Wednesday. “When it’s a leader like Chief Knapp, it impacts people from various connected communities, as well. ... Chief Knapp has worked extensively in law enforcement with hundreds and hundreds and hundreds of other officers and community members, and this is just devastating for this community.”

Axtman told The Herald that the driver of the pickup was a 19-year-old who stayed at the scene and cooperated with law enforcement. Nothing criminal is suspected at this time, Axtman said Wednesday, adding detectives are continuing to investigate.

Hilverda was driving northbound, approaching the 200 block of Fourth Street, with his headlights off, according to the report. Knapp was walking across Fourth Street when he was struck, the release said.

“It’s getting darker earlier,” Axtman said. “In this state, the RCW requires headlights be used between a half-hour after sunset until a half-hour before sunrise. That’s what state law requires. With the summer months over and the time change last weekend, people may not realize how early they need to put their headlights on, but it is really important.”

Sunset in Bellingham Tuesday was at 4:43 p.m., according to timeanddate.com.

Axtman said Knapp was not in a crosswalk at the time he was hit, and though the exact speed the truck was traveling has not yet been determined, “nobody has said it was at high speed.”

Martin said Lt. Jeremy Boss, who oversees the operations of the department, is serving as the acting chief.

Knapp was Ferndale’s chief of police from 2005 until he retired at the end of 2016, according to Bellingham Herald archives. He was appointed interim chief in Lynden in May in anticipation of Police Chief John Billester’s June retirement, according to a story in the Lynden Tribune.

“Chief Michael Knapp embodies the best in public service,” Ferndale City Administrator Jori Burnett told The Herald. “For over a decade, he served the city of Ferndale with honor and distinction, bringing his years of experience to elevate the work of the Ferndale Police Department. We are holding him and (wife) Nancy in our thoughts and prayers during this difficult time.”

Before Wednesday afternoon’s statement that Knapp had died, support for Knapp and his family came from multiple law enforcement agencies and other community members around Whatcom County via social media.

“Prayers needed for my very good friend Michael Knapp, Lynden’s interim Chief of Police. ... Please also pray for his beloved wife Nancy and all of the Knapp family for strength and peace during this most difficult time,” Whatcom County Sheriff Bill Elfo posted on his Facebook page. “Michael has served our community and nation in law enforcement with distinction and honor for over 60 years. He is a man of great faith. We need him to fully recover and even more importantly, his family needs him.”

Knapp was in the area for a council meeting Tuesday. A special council meeting was held in the Lynden Annex Council Chamber on Fourth Street at 5 p.m., according to the city’s webpage, to provide community members the opportunity to meet with the city of Lynden’s final top candidates for police chief.