Navajo Police Sgt. Lamar Martin is mourning the loss of an officer who died Monday after complications from a medical event he suffered while on duty last month. 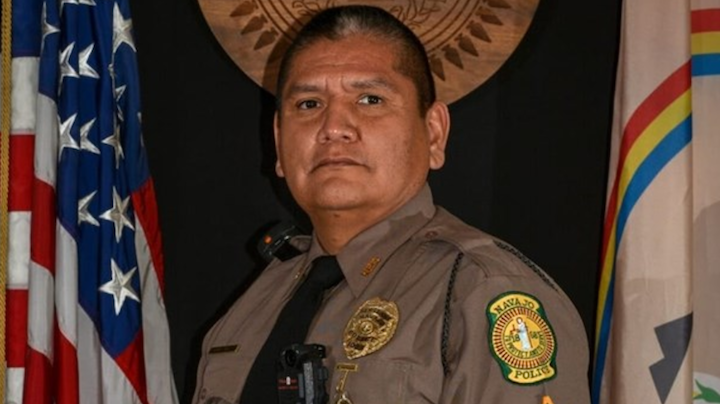 CROWNPOINT, New Mexico -- The Navajo Police Department is mourning the loss of an officer who died Monday after complications from a medical event he suffered while on duty last month.

Sgt. Lamar Martin suffered the medical emergency while on duty on Oct. 9, according to a news release.

Martin became a Navajo Police Officer on November 4, 1997 and served and dedicated 22 years of service to the Navajo Nation through this department.

"It is with great sorrow and significant grief that the Navajo Police Department announces the passing of Police Sergeant Lamar Martin," Navajo Police Chief Phillip Francisco. "The Navajo Police family extends our thoughts and prayers to his family, friends and loved ones."

Martin was an honored and awarded military veteran serving in the United States Marine Corps and in the New Mexico Army National Guard. He was assigned for active duty in support of Iraqi Freedom in 2004 and 2009.

With the Navajo Police Department, he was a Defensive Tactics Instructor, a General Instructor and a Field Training Officer, a member of the Strategic Reaction Team.

"Sergeant Martin has touched the hearts and minds of numerous officers, associated personnel and the public. His loss, will be a great one, but our Department and the community have benefited greatly from his smile and ever present positivity," Francisco said.