An Ozark police officer was shot Thursday night, and the suspected shooter is dead. 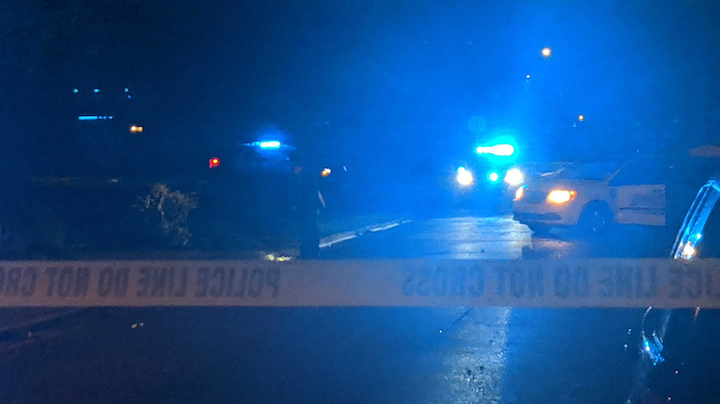 An Ozark police officer was critically wounded after being shot Thursday night, and the suspected shooter is dead.
AL.com/TNS

OZARK, Alabama -- An Ozark police officer is seriously wounded after being shot Thursday night, and the suspected shooter is dead.

The shooting happened Thursday night at approximately 9:50 p.m., according to Ozark Police Chief Marlos Walker. Officers were responding to a call in the 100 block of Briar Hill Court when an officer saw a white male walking on the road holding a gun. The officer got out of his vehicle and, according to Walker, the suspect immediately began shooting at the police officer.

The officer and his car were struck multiple times, Walker said. The hurt officer and other responding cops fired back, and the suspect was killed in the gunfire. The suspect’s name has not been released.

The injured officer was taken to a local hospital and remains in critical condition.

Upon the department’s request, as is standard in officer-involved shootings, the Alabama Law Enforcement State Bureau of Investigation will investigate the incident. SBI responded and were on the scene as of Friday morning leading the probe. Once the investigation is complete, the agency will give a copy of their file to the Dale County District Attorney.

Alabama Association of Chiefs of Police President Bill Partridge said on the organization’s Facebook page late Thursday, “Please keep the Ozark Police Department in your thoughts and prayers as they have had an Officer shot tonight. We are praying for the officer and the family."

The Ozark shooting is the latest in a string of law enforcement shootings, including six deaths in 2019. The shooting death of a Huntsville police officer last week marked the sixth slaying of a law enforcement officer in Alabama this year, making the highest number of officers shot to death in the line of duty in the state in at least six years.