Massachusetts State Police Trooper Recovering After Being Stabbed on Highway

A Massachusetts State Police trooper has been released from the hospital on Thursday after being stabbed by a suspect on Interstate 495 in Amesbury, officials said. 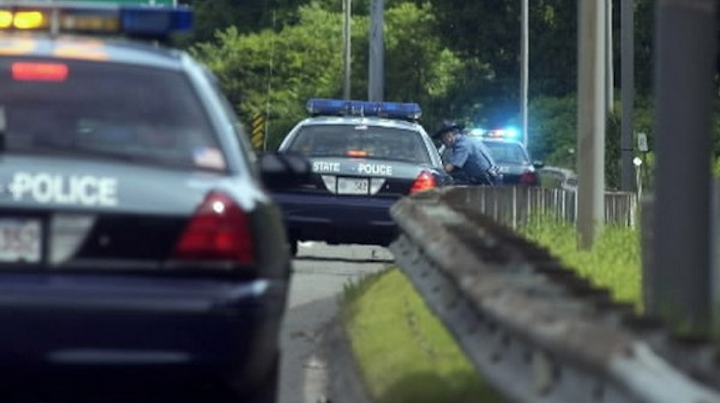 A Massachusetts State Police trooper has been released from the hospital on Thursday after being stabbed by a suspect on Interstate 495 in Amesbury, officials said.
The Republican/TNS

AMESBURY, Massachusetts -- A Massachusetts State Police trooper has been released from the hospital on Thursday after being stabbed by a suspect on Interstate 495 in Amesbury, officials said.

After being stabbed, the trooper discharged his service weapon, injuring the man who Massachusetts State Police Col. Christopher Mason identified as 18-year-old Nathan Aguilar of Melrose.

The incident unfolded just after noontime. State and local police rushed to I-495 south in Amesbury after hearing a “chilling” radio transmission in which the officer was calling for help, Mason said during a press conference.

The trooper, who Mason identified as a 34-year-old who has been with the state police for 3 and a half years, was working a safety detail as a crew was installing signage on the highway. The trooper is assigned to the Andover barracks and is a military veteran.

Then, Aguilar drove a gold minivan into the breakdown lane and went up to the trooper’s cruiser door, Mason sad.

That’s when Aguilar attacked the trooper, leaving him with stab wounds to his left arm. The trooper fired at the suspect, leaving him injured on the ground, the colonel said.

Any possible motive for the incident was not yet clear, Mason said.

The incident remains under investigation.