Florida Sheriff's Deputy Shot and Wounded After Responding to Call

A Escambia County Sheriff’s deputy was shot and wounded in the Florida Panhandle on Wednesday after officers arrived for a suicide threat in a neighborhood outside Pensacola. 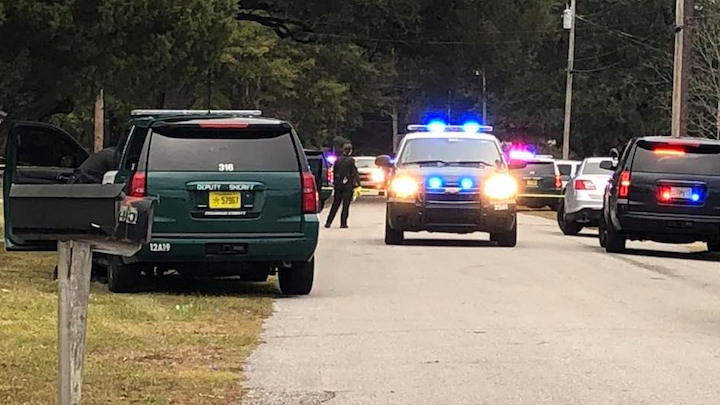 PENSACOLA, Florida -- A deputy was shot and injured in the Florida Panhandle on Wednesday afternoon after officers arrived for a suicide threat in a neighborhood outside Pensacola.

"Once on scene the suspect opened fired on responding deputies, the deputies returned fire," the Escambia County Sheriff's Office posted on its Facebook page.

The sheriff’s office received the call at 1:37 p.m. regarding a suicide threat in the 400 block of Limerick Lane.

The incident occurred in a neighborhood of midcentury ranch houses about 13 miles north of the Pensacola Naval Air Station, where a gunman left three dead and eight injured in a shooting Friday.

Two Escambia County deputies who were shot in that attack have been released from the hospital.