A Pennsylvania State Police trooper was attempting to conduct a welfare check on someone at a residence in Nelson Township Tuesday afternoon. 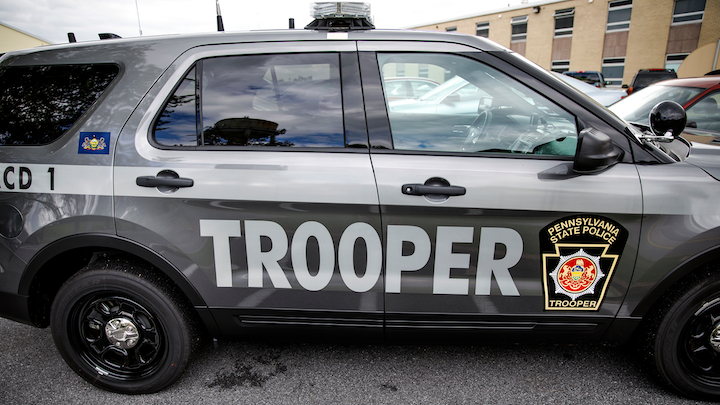 A Pennsylvania State Police trooper was attempting to conduct a welfare check on someone at a residence in Nelson Township Tuesday afternoon.
PennLive.com/TNS

NELSON TOWNSHIP, Pennsylvania -- A trooper who was shot on Tuesday afternoon was conscious before going into surgery, police said.

The trooper was attempting to conduct a welfare check on someone at a Barney Hill Road residence in Nelson Township, Tioga County, around 12:30 p.m., police said. The subject of the welfare check opened fire on troopers.

The trooper was airlifted from the scene, police said. Police provided an update on the injured trooper on social media around 3:19 p.m.

A second trooper at the scene is being treated for a possible broken leg, police said, suffered when trying to take cover from the shots.

The gunman is still barricaded, police said. Additional state police resources are at the scene.

Pennsylvania Governor Tom Wolf issued a statement on the shooting on social media: