A Fort Lupton police officer who was shot in a late-night exchange of gunfire with a suspect remained hospitalized in critical condition Tuesday, authorities said. 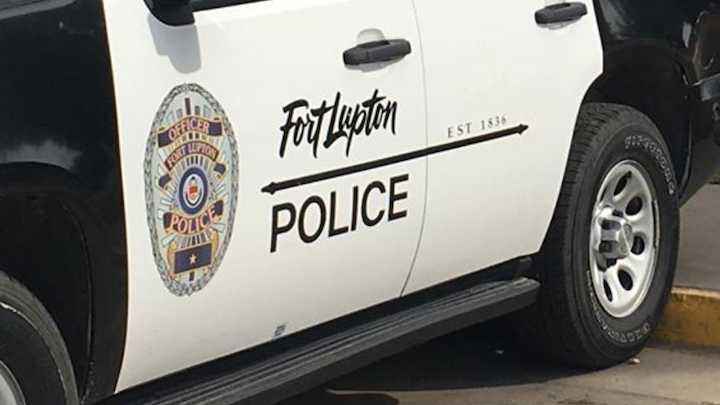 A Fort Lupton police officer who was shot in a late-night exchange of gunfire with a suspect remained hospitalized in critical condition Tuesday, authorities said.
Fort Lupton Police Department

FORT LUPTON, Colorado — A Fort Lupton police officer who was shot in a late-night exchange of gunfire with a suspect remained hospitalized in critical condition Tuesday, authorities said.

The officer and the suspect were critically wounded late Monday in the 200 block of Ponderosa Place after police were called to a home in the quiet subdivision for a report of an armed person.

Greeley police, who are investigating the officer-involved shooting, said the suspect shot the officer, and police returned fire. Neither the officer nor the suspect has been publicly identified.

“Shots fired, shots fired, officer down, roll EMS,” an officer called into his radio at about 10:50 p.m. Tuesday, according to radio traffic archived on the website Broadcastify. About 90 seconds later, an officer radioed that the suspect was also down, in custody and bleeding. The officer called for EMS again and heaved a heavy breath.

“Emergent, please,” he said, according to the recording.

The incident began around 10:40 p.m. when officers received a report that a person armed with a gun at the home on Ponderosa Place was trying to “make contact” with someone at a home in the neighborhood, according to Greeley police.

Greeley police said that as officers approached the home, the suspect fired shots at them, hitting a Fort Lupton officer.

Police returned fire and shot the suspect, who was alone. Both the suspect and the officer were taken by helicopter to hospitals, initially in critical condition.

The wounded officer was stabilized at a hospital Tuesday, but remained in critical condition, Greeley police Officer Rebecca Ries said. The suspect was in stable condition, and no longer considered critical, she said.

“A couple of shots, then a pause, then more shots,” she said, adding that the neighborhood immediately filled with police cars.

“Out of nowhere all these cops came,” she said.

Another neighbor, Ethan Cruz, said he was in bed when he heard about 10 gunshots.

“We heard gunshots go off, and then we heard yelling,” he said, adding that he also heard a pause between two bursts of shots.

The shooting appeared to have occurred on a walkway in front of 282 Ponderosa Place. Investigators worked in front of that home for several hours Tuesday, and a splatter of blood marred a paved path in front of the house.

The home has been owned by Adrian Chavarria since 2014, according to property records. He could not be reached for comment Tuesday. Several people who walked into the house Tuesday afternoon declined to answer reporters’ questions.

He has two children who work as police officers in the region, he said.

“You always worry about them, but when something like this happens it brings it close to home,” he said.