Denton Police Officer Urbano Rodriguez Jr., who was shot in the head during a traffic stop early Tuesday morning, remained in critical Wednesday but was becoming more responsive. 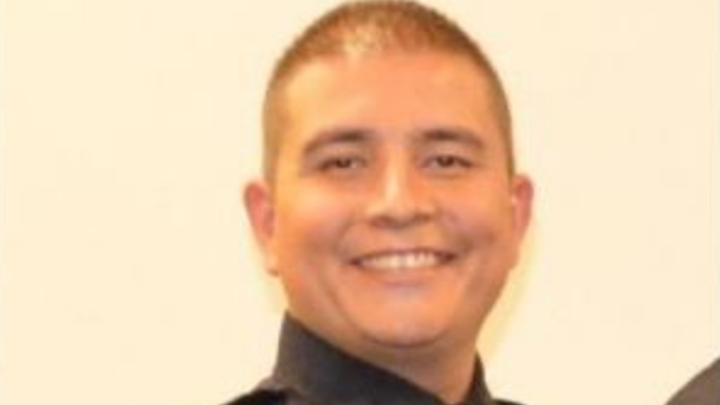 DENTON, Texas -- The Denton police officer who was shot in the head during a traffic stop early Tuesday morning remained in critical condition Wednesday but was becoming more responsive, Chief Frank Dixon said on Twitter.

Urbano Rodriguez Jr., a five-year veteran of the department, underwent surgery Tuesday at Medical City Denton following the shooting and came out of the operation in critical but stable condition. He was shot in the leg in addition to the head during the traffic stop in Denton that occurred around midnight Tuesday.

Antwon Pinkston, a 33-year-old who was a passenger in the car that was stopped, is suspected of shooting Rodriguez, authorities said. He was booked Tuesday on suspicion of attempted capital murder of a police officer and the bond was set at $5 million.

The driver of the car, Michelle Stacey, 44, was in custody on a probation violation but additional charges were possible, police said.

Dixon tweeted Wednesday morning that police and the Rodriguez family have been appreciative of “the overwhelming support.”

“We are encouraged this morning by signs of responsiveness from Officer Rodriguez,” Dixon said in the tweet. “He is still critical but stable and continuing to fight.”

Police did confirm Rodriguez was still critical but stable as Wednesday afternoon.

The incident Tuesday began when Rodriguez initiated a traffic stop for a defective equipment violation and expired registration in the 1800 block of West University Drive in Denton near a Taco Bell.

Before any shots were fired, Officer Randy Cole, a rookie, showed up on the scene to back up Rodriguez. In the moments after his arrival, Rodriguez was shot and Cole returned fire at the man and woman in the stopped car.

Pinkston and Stacey were each shot in the arm. They then fled the scene, leading Carrollton and Farmers Branch officers in a chase, police said.

Officers were able to detain the suspects Tuesday morning near a gas station at Luna Road and Valley View Lane in Carrollton. They were transported to a hospital for treatment and then to the Denton County Jail.

The Texas Rangers are leading an investigation into the shooting with the help of the Denton police major crimes unit.

Dixon said on Twitter Tuesday morning he was thankful to medical staff caring for Rodriguez and to the officers, dispatchers and firefighters “who got him to the hospital and gave him that chance.”

©2019 the Fort Worth Star-Telegram