Two Federal Way police officers were injured and a 23-year-old man died early Tuesday in a gunfight between the man and officers, who were responding to a disturbance call. 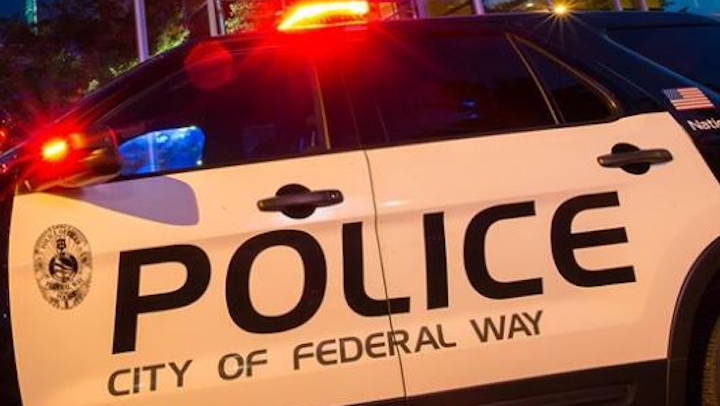 Two Federal Way police officers were injured and a 23-year-old man died early Tuesday in a gunfight between the man and officers, who were responding to a disturbance call.
Federal Way Police Department

FEDERAL WAY, Washington -- Two Federal Way police officers were injured and a 23-year-old man died early Tuesday in a gunfight between the man and officers, who were responding to a disturbance call, according to the police department.

The officers, who were taken to St. Francis Hospital and Harborview Medical Center, were released and are recovering, Federal Way Police Chief Andy Hwang said at a news conference Tuesday afternoon. The man who died has not been publicly identified.

The officers responded to an apartment complex in the 30800 block of 14th Avenue South shortly after midnight, after a resident called 911 to report a disturbance between a man and a woman in the parking lot, Hwang said. The man and woman were sitting in a car and one was “uncooperative” with officers, who requested backup, Hwang said.

Gunfire erupted in the parking lot, with the man firing from the car and seven officers also firing shots, Hwang said. Two officers were struck, the man died at the scene as a result of gunshot wounds, and the woman in the car fled and has yet to be identified or located by police, he said.

The department is not releasing details about who shot first and whose shots struck the officers and the man who died, saying that those details would be determined by an independent investigation involving other law-enforcement agencies. When asked about the possibility of the officers being struck by friendly fire, Hwang said he was “not going to rule that out,” according to a recording of the news conference by KOMO News.

“I want to be very careful about providing that grade of detail because I can’t speak with certainty,” he said. “I think it’s really important for the independent investigation to take place, and then all the findings come out after that.”

All seven officers involved in the shooting are on administrative leave pending the results of the investigation, in accordance with department policy.

Visit The Seattle Times at www.seattletimes.com