The suspect in the slaying of a bounty hunter in Moreno Valley was shot and killed Thursday, Dec. 5 in a confrontation with law enforcement in San Bernardino. 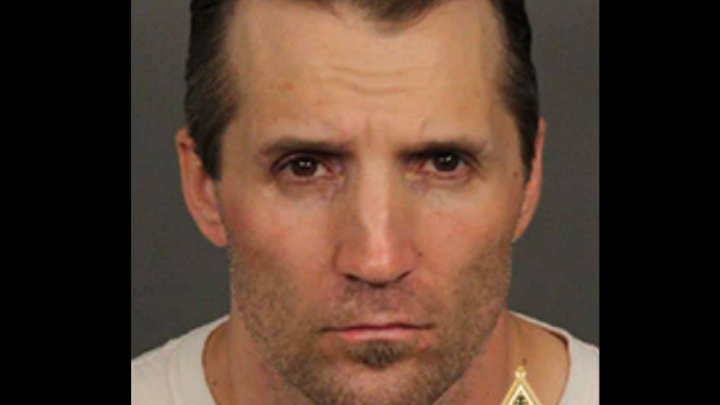 SAN BERNARDINO, California -- The suspect in the slaying of a bounty hunter in Moreno Valley was shot and killed Thursday, Dec. 5 in a confrontation with law enforcement in San Bernardino.

Chad James Green, 41, of Riverside, a man with a long criminal record in Riverside and San Bernardino counties, was named as a suspect in the fatal shooting Tuesday night of bounty hunter James Black, 42, of Lake Elsinore, outside a hotel in Moreno Valley as Black attempted to apprehend Green.

Riverside County sheriff’s deputies had tracked Green to a Day’s Inn on South Business Center Drive. As they were looking for him, Green came out of a second-story room and began walking toward them, Echevarria said.

Deputies from the two agencies told Green to put his hands up, but he tried to flee and was shot. Two guns were found on Green, Echeverria said. He declined to say what prompted the deputies to fire, citing the ongoing investigation.

A white vehicle matching the description of Green’s car was parked near Green’s hotel room and had bullet holes in the rear windshield. It was blocked in by an armored SWAT truck.

San Bernardino police and a SWAT team from the Riverside County Sheriff’s Department were at the scene of the shooting near Hospitality Lane and Waterman Avenue. The death was disclosed during an afternoon news conference.

Green had been described as “armed and dangerous” by deputies. No officers or other civilians were reported injured.

Witness Roderick Washington, 50, said he heard a woman pleading with someone to surrender before he heard “rapid-fire” gunfire. He said there were many police and a helicopter there at the time, suggesting police knew the suspect was there.

“The family is relieved that he’s been caught before harming anyone else,” said Dan Escamilla, spokesman for U.S. Fugitive Recovery Service International, the company for which Black was a supervisor.

“We are also grateful to the arresting officers and other members of the law enforcement community that have offered so much support to us following our loss,” Escamilla said.

Black served in the Marines, where he achieved the rank of 1st Lieutenant, Escamilla said. He was deployed to Iraq several times and served in intelligence. Black also worked as a private contractor in Afghanistan. With U.S. Fugitive Service International, he supervised the largest independent bail fugitive recovery team in California, Escamilla said. Black is survived by his wife, Michelle, and five children, ages 2 to 22.