A Fort Lupton police officer and a suspect are in critical condition after a shooting Monday night. 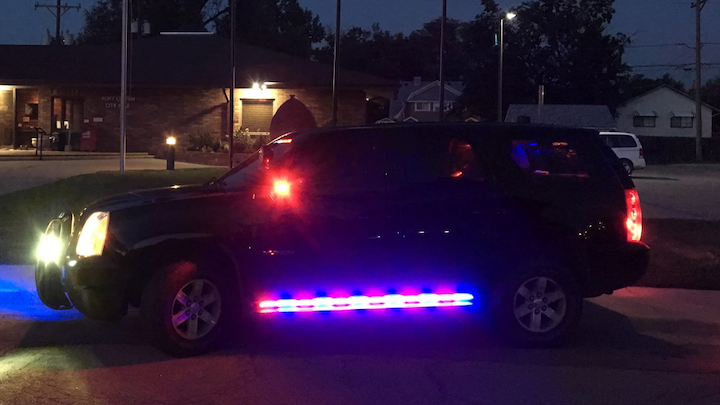 A Fort Lupton police officer and a suspect are in critical condition after a shooting Monday night.
Fort Lupton Police Department

FORT LUPTON, Colorado -- A Fort Lupton police officer and a suspect are in critical condition after a shooting Monday night.

Police responded about 10:40 p.m. Monday to a call for service for an armed suspect in the area of Ponderosa Place, according to a news release from the 19th Judicial Critical Incident Response Team. The suspect was armed with a gun and trying to contact a resident in the area.

Police arrived in the 200 block of Ponderosa Place, where they began approaching the residence. The suspect began firing at police, according to the release. A Fort Lupton police officer was shot, and Fort Lupton police returned fire, injuring the lone suspect.

The officer and suspect were taken by helicopter to local hospitals, where they’re in critical condition, according to the release.

This Press Release is being distributed on behalf of the 19th judicial Critical Incident Response Team.

The below release is reference the Officer Involved shooting that occurred in Fort Lupton. pic.twitter.com/jUjed8oikD

According to an indictment against Helbig, Billinger rapidly walked toward Officer Helbig yelling, “kill me,” after a police chase. Billinger had nothing in his hands.

The Weld County jury indicted Helbig, who faces a manslaughter charge. A five-day jury trial in that case begins Feb. 10, 2020.