A spasm of violence bloodied Canal Street in the early morning hours on Sunday, leaving 10 people shot in one of the worst mass shootings in New Orleans in years. 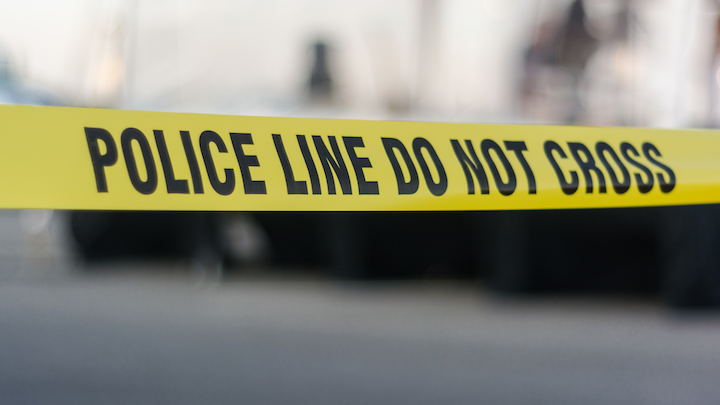 A spasm of violence bloodied Canal Street in the early morning hours on Sunday, leaving 10 people shot in one of the worst mass shootings in New Orleans in years.
Dreamstime/TNS

NEW ORLEANS -- A spasm of violence bloodied Canal Street in the early morning hours on Sunday, leaving 10 people shot in one of the worst mass shootings in New Orleans in years.

New Orleans police said that two victims were in critical condition after gunfire broke out in the 700 block of Canal Street just before 3:30 a.m. Few details were released as of mid-morning Sunday, but the street near the corner of Bourbon and Canal was littered with evidence markers that normally denote shell casings.

NOPD Supt. Shaun Ferguson said early Sunday morning that a person of interest has been detained, but it wasn't clear what involvement -- if any --the person had in the shooting. No arrests had been made as of Sunday morning.

Victims were taken to University Medical Center and Tulane Medical Center. One person arrived at an area hospital via a private vehicle.

The mass shooting came at the end of a big night of revelry in and around the French Quarter as tens of thousands of visitors were downtown for the Bayou Classic football game between Grambling State University and Southern University.

Ferguson said officers were on the scene immediately after gunshots started to ring out, as patrols had been beefed up for the game. He said that officers at first thought they were being fired upon since the shots rang out so close to them. No police officers were injured, Ferguson said.

A University Medical Center spokeswoman said Sunday afternoon there was no available update on the condition of victims or whether any had been discharged.

A Tulane Medical Center spokeswoman said five victims were taken there. Four have been discharged. The one still there was in stable condition, the spokeswoman said later Sunday afternoon. The nature of their injuries was not immediately available, nor was their age or sex.

When shots erupted, people on Canal Street began scrambling for safety, according to an employee of the nearby CVS Pharmacy, who said it was hard to control the crowd of people rushing into the store in the seconds following the gunfire.

Kenneth Culbreth had gone into the CVS in the early morning hours to make a quick purchase. Moments later, he walked out to a crime scene.

Culbreth spent the rest of the morning watching the scene, with law enforcement and several emergency vehicles moving in and out at a rapid pace.

Signs of the eventful weekend were all around, with the scene and areas around it littered with food wrappers, beer cans and overflowing trash cans.

On the first day of December, businesses inside the crime tape were decorated for the holidays.

Authorities weren’t too far from another familiar site: the collapsed Hard Rock Hotel’s hanging crane was in clear view, along with Christmas wreaths lining Canal.

After a night of exploring the city, Glenn Sayward, partner Ben Peryea and friend Michael Proulx were sound asleep in their condo during the shooting.

When they woke up, they each had several missed calls and unread text messages from family asking if they were safe.

Sayward said they’ve traveled to New Orleans around the first week of December for the past seven years.

“Unfortunately, this is more and more common,” Peryea said. “But it shouldn’t deter you from living.”

Its front entrance was taped off for an investigation into the shooting that occurred just feet away from its doors.

The Southern University alum was in town for the Bayou Classic, just like she’s done for nearly a decade.

“Every year, this happens,” Beal said. “They need to do better with this area.”

This is the second mass shooting to occur on the weekend of Bayou Classic in recent years. In 2016, two men got into a fight and the resulting gunfire injured nine people and killed Demontris Toliver, a Baton Rouge tattoo artist.

No information about motive for the shooting has been released. It's also unclear if there was just one gunman or multiple gunmen. Crimestoppers is offering a reward of up to $5,000 for anyone who calls in with information regarding possible suspects.

A spokesman for the NOPD said as of mid-morning Sunday, the department did not plan to hold any press briefings to provide additional details on the shooting to the public.