A Lodi police officer exchanged gun fire with a man early Tuesday morning and the subject is said to be in stable condition. 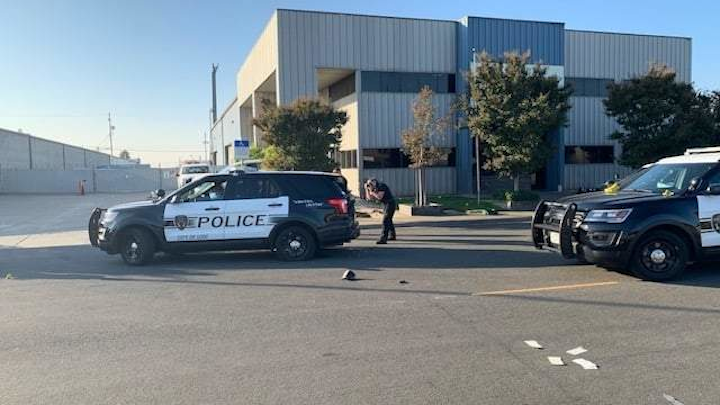 A Lodi police officer was involved in a shooting with a 37-year-old man early Tuesday morning. The subject is expected to survive and the officer was uninjured.
LODI POLICE DEPARTMENT

LODI, California — A Lodi police officer exchanged gun fire with a man early Tuesday morning and the subject is said to be in stable condition.

Authorities said the shooting occurred at approximately 5:10 a.m. in the 900 block of Industrial Way.

A 37-year-old man was allegedly armed with a semi-automatic rifle and handgun, according to the report.

The man and an unidentified Lodi officer both fired shots which resulted in the man being shot "multiple times," police said.

Medical aid was rendered to the man and he was taken to a local area hospital where he is listed as in stable condition. The officer involved was not injured.

Come back to recordnet.com for updates and read Wednesday's Record for more on this story.