Chicago Police Sergeant Saves a Life, Proposes to Another Officer While Running Race in SWAT Gear

The woman who fell unconscious while running a race in Chicago this weekend can credit a police sergeant with saving her life, while a second woman agreed to spend the rest of her life with the same sergeant, who proposed a short time later. 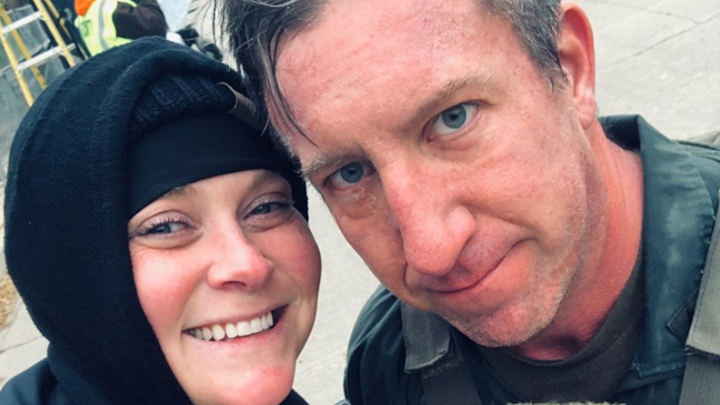 CHICAGO — The woman who fell unconscious while running a race in Chicago this weekend can credit a police sergeant with saving her life, while a second woman agreed to spend the rest of her life with the same sergeant, who proposed a short time later.

The Allstate Hot Chocolate 15K/5K, held in the city Sunday, bills itself as not only a race, but as “an experience.” The two women would surely agree with that assessment after Sgt. Mike Nowacki, who ran the race in full SWAT gear gave them vastly different experiences to remember the rest of their lives.

In a Facebook post about Nowacki’s eventful day, the Chicago Police Department explained the 19-year department veteran decided to do the run in full SWAT gear, “for the love of his profession and commitment to excellence.”

As he approached the finish line Nowacki saw a crowd, including his girlfriend, Officer Erin Gubala, gathered around a woman who had fallen to the ground, unresponsive. Many were calling for a medic, and Nowacki quickly stepped in.

“For the love of his community and dedication to service, Sgt. Nowacki sprung into action and administered (cardiopulmonary resuscitation) until emergency medical services responded,” with a defibrillator, the post said.

The woman, whose name was not released, was rushed to Northwestern Memorial Hospital and her condition was not known. Doctors there said the woman survived because of Nowacki’s actions and the quick response from paramedics.

After finishing the race, Nowacki got down on one knee and proposed to Gubala, “who paused with disbelief before saying yes,” according to the post.

“This is a day that they will never forget,” the post concluded.