Months after a botched drug raid that ended in the deaths of two civilians and a police officer charged with murder, the Houston Police Department has created a new narcotics squad to serve high-risk warrants, Houston Police Chief Art Acevedo confirmed. 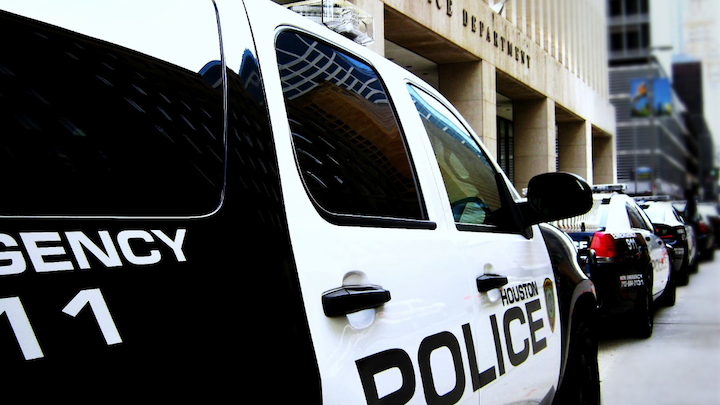 HOUSTON -- Months after a botched drug raid that ended in the deaths of two civilians and a police officer charged with murder, the Houston Police Department has created a new narcotics squad to serve high-risk warrants, Police Chief Art Acevedo confirmed.

Acevedo framed the decision to start the squad as a way to protect his officers from similar incidents in the future, though he defended HPD’s record, saying the vast majority of the division’s search warrant raids were performed safely.

“I’m not going to wait until we have a second situation where four officers get shot,” he said. “I would rather have a heavily vetted and trained team to carry out these operations.”

Previously, individual narcotics squads executed their own search warrants — often dozens a year — with officers often asking peers from other squads to help. Internal police records show Squad 15, the squad which performed the botched raid in January, carried out 49 search warrants in 2018.

The new unit, which begins operations next month, will handle all of the division’s search warrants and assisting with other divisions, Acevedo said. The new unit will not handle so-called “no-knock warrants,” raids in which officers break into a home without warning to execute warrants. Those remain reserved for the SWAT team, Acevedo said.

HPD launched the no-knock raid on the Pecan Park home of Rhogena Nicholas and Dennis Tuttle to shut down a heroin dealing operation, officials said. The operation devolved into a gun battle that left the pair dead and four officers shot. Police found small amounts of marijuana and cocaine, but none of the heroin they said they’d been looking for.

Harris County prosecutors later determined that veteran case agent Gerald Goines lied on the search warrant to justify the raid; he retired amid an investigation into his conduct and has since been charged with felony murder in the deaths. His partner, Steven Bryant, also retired under investigation, and has been charged with tampering with a governmental record.

The Harris County District Attorney’s Office is reviewing the shooting, and ultimately dismissed dozens of Goines’ and Bryant’s active cases. When prosecutors announced charges against Goines, District Attorney Kim Ogg said prosecutors were reviewing some 14,000 past cases of Goines and the rest of his squad. The FBI has also opened a civil rights investigation into the incident. Attorneys for Tuttle and Nicholas have also questioned whether the couple fired at officers and filed court motions in anticipation of a possible future lawsuit. Police vigorously deny claims the couple did not fire at the investigating officers or suggestions officers were victims of friendly fire.

The raid brought scrutiny on the department’s use of no-knock raids, which have led to lawsuits and deaths, and injuries to civilians and officers alike, and questions as to why the undercover officers weren’t wearing body cameras.

In the aftermath of the incident, Acevedo promised that use of the no-knock warrants would “go away like leaded gasoline in this city,” and said officers would only be able to launch such operations with express approval from his office.

By having one squad tasked with serving warrants, undercover officers would not have to worry as much about protecting their identities, said Houston Police Officers’ Union Vice President Doug Griffith, noting that previously, many officers would wear masks during such operations. The new squad will make search warrant executions safer and more uniform, he said.

“That’s a better option,” he said. “The same guys work together, train together, and you’re not pulling people from random squads.”

After the shooting, he hired independent forensic expert Mike Maloney, a retired supervisory special agent with the Naval Criminal Investigative Service, to conduct his own investigation into the shooting. Maloney found Nicholas was shot to death by someone firing through a wall outside the house.

Doyle remained skeptical Monday, and said a better approach would be to answer remaining questions before making changes.

“If you’re going to say ‘we’re going to change things,’ but not say what problems are … you can’t know whether it’s helpful or not,” Doyle said.

Other critics said the move failed to address the key issue at the center of the failed raid: that officers launched the operation with poorly vetted information.

“His reform is not on point to what caused the problem,” said Scott Henson, policy director with the criminal justice reform nonprofit Just Liberty. “It’s not solving the problem that your investigators are relying on fabricated informants — [it] wasn’t a function of who’s doing the raid, but why you’re doing the raid, and the reliance on this informant, who it turns out didn’t exist. That’s what caused everybody to get shot. It just eludes the core issue of what really happened.”