NYPD: Officer Saved by Vest Was Wounded by Suspect

NYPD Officer Christopher Wintermute was shot once in the chest by Victor Hernandez as they fought early Wednesday in the hallway of a Harlem apartment complex, officials said. 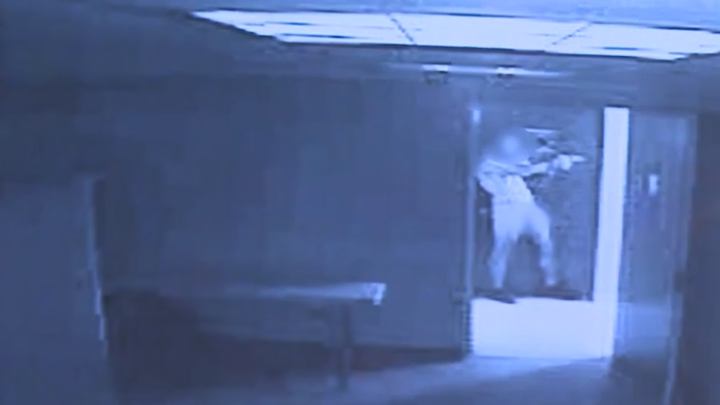 The bullet that struck an NYPD officer in his protective vest during a violent struggle in Harlem with an armed and naked man was fired by the suspect, officials said Thursday.
New York Police Department

NEW YORK -- The bullet that struck an NYPD officer in his protective vest during a violent struggle in Harlem with an armed and naked man was fired by the suspect, officials said Thursday.

Officer Christopher Wintermute, 34, a seven-year veteran of the NYPD, was shot once in the chest by Victor Hernandez, 29, as they fought early Wednesday in the hallway of an apartment complex on Frederick Douglass Boulevard, said NYPD Deputy Chief Kevin Maloney. Hernandez, the superintendent of the apartment building, was shot and killed by Wintermute’s colleagues.

Wintermute's bullet-resistant vest protected him from more serious injury or even death. He was taken to Mount Sinai St. Luke’s Hospital and discharged five hours later to claps and cheers from fellow officers as well as medical personnel.

The shooting Wednesday was the fourth time in just over a week that NYPD officers shot a suspect during an encounter, and the third involving a fatality.

"Early this morning we saw a vivid example of the dangers our police officers face each and every day fighting crime and keeping people safe," Police Commissioner James O'Neill said at a news conference Wednesday morning at St. Luke's.

Afterward, NYPD officials said it was too soon to say whether Wintermute had been shot by Hernandez or was a victim of friendly fire.  In September, NYPD Officer Brian Mulkeen was shot and killed by friendly fire as he struggled with an armed suspect in the Bronx. In response NYPD ordered all members of its plainclothes anti-crime units to undergo firearms tactical training.

Body-camera video released by the NYPD of Wednesday's shooting showed in chilling detail what Wintermute and seven other uniformed officers from the 32nd Precinct faced after they responded at 1:51 a.m. to a 911 call about a man causing a disturbance in the apartment building.

When officers arrived at the building and went to the second floor, they saw Hernandez wearing nothing but a pair of socks, armed with a 9 mm handgun and in a shooting stance. In the body-camera video, taken from another room in the complex, a man identified as Hernandez is seen pointing a handgun at a target not immediately in view.

The suspect suddenly jerks backward as if to avoid being shot but appears to fire his weapon as the legs of Wintermute, who appeared to lose his footing, briefly come into view. Hernandez appears to lunge at Wintermute who is out of view. Seconds later a handgun slides into view and the footage ends.

Hernandez had six prior arrests, all for domestic violence, Maloney said.