Brevard County Sheriff Wayne Ivey was responding to calls from the Freedom From Religion Foundation, which urged the sheriff to remove the "inappropriate and exclusionary" decals. 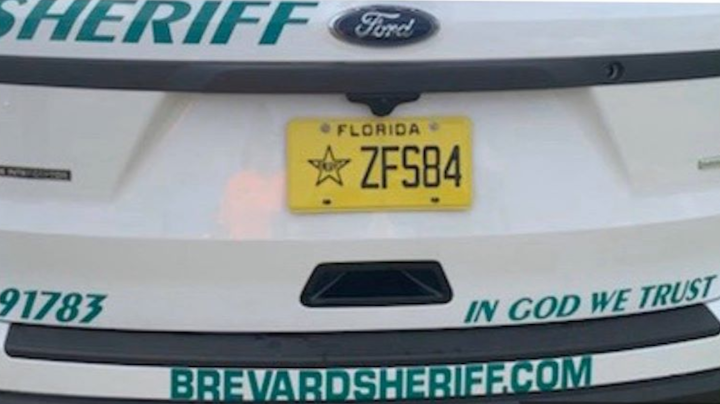 BREVARD COUNTY, Florida -- The sheriff of Brevard County is doubling down on the new “In God We Trust” decals affixed to his agency’s patrol cars.

An organization that advocates for the separation of church and state called for the removal of the four-word phrase from the vehicles, according to media reports.

But Brevard Sheriff Wayne Ivey, in an interview with Fox News, rebuffed the request.

“They have a better chance of me waking up thin tomorrow morning than they do of me taking that motto off our cars,” the sheriff said.

Ivey was responding to calls from the Freedom From Religion Foundation, which issued a statement urging the sheriff to remove what it called the “inappropriate and exclusionary” decals.

That statement came after the sheriff’s office announced in an Oct. 27 Facebook post that the new fleet of patrol cars it would be rolling out over the next few years would feature new graphics including the American flag as well as the phrase “In God We Trust," which is the official motto of both the United States and the state of Florida.

The “patriotic graphics” are intended to “show just how proud we are of our country and the principles our great nation was founded upon!!” the post stated.

According to Florida Today, Ivey said the “In God We Trust” plan has the support of the community and that it won’t cost the taxpayers anything.

Brevard County, on Florida’s Space Coast, is home to Cape Canaveral and the Kennedy Space Center. The sheriff’s office patrol vehicles already feature a space shuttle graphic, and the agency said that design will still be displayed prominently on the new vehicles.

Annie Laurie Gaylor is the president of the Freedom From Religion Foundation, which has more than 30,000 members, according to the foundation’s website. She wrote: “Spending taxpayer time placing religious messages on patrol cars is beyond the scope of secular government.

“Further, in a time when citizens nationwide are increasingly distrustful of law enforcement officers’ actions, it is frightening and politically dubious for the local police department to announce to citizens that officers rely on the judgment of a deity rather than on the judgment of the law." 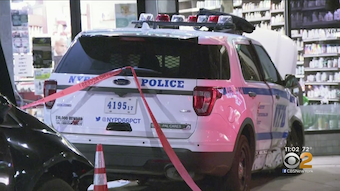 Police are trying to figure out what led to a crash involving an NYPD SUV late Saturday night that left five people injured.
Sep 9th, 2019 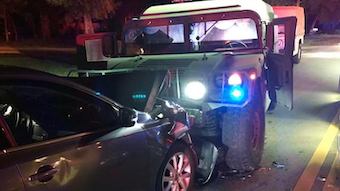 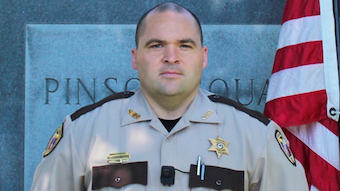 Chickasaw County Sheriff's Deputy Jeremy Voyles, who was assigned to North Mississippi Narcotic Unit, was traveling on County Road 4 in Houlka Tuesday night with a Mississippi Bureau of Narcotics agent when the wreck occurred.
Aug 29th, 2019 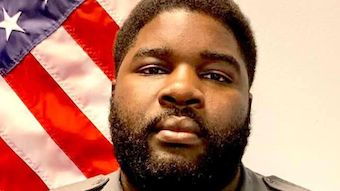 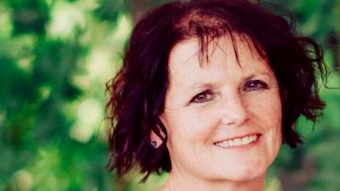 Some of New York's finest will soon patrol the streets in new energy-efficient cars. The NYPD is among the first in the country to get hybrid cruisers, designed specifically as police cars.
Jul 29th, 2019 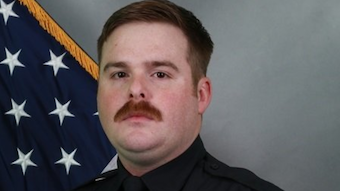 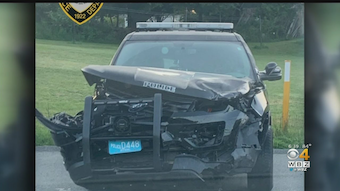 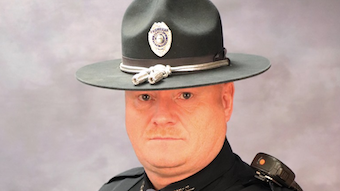 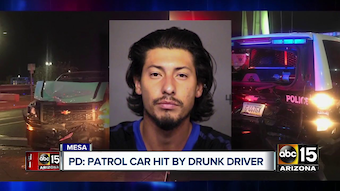 A Connecticut State Police trooper is recovering after he was trapped inside his patrol car following a crash early Sunday morning.
Jun 17th, 2019

Colorado State Patrol Trooper William Moden was struck and killed while assisting at the scene of an earlier crash on the side of Interstate 70 in Arapahoe County Friday night.
Jun 16th, 2019

The girls were found unharmed inside the SUV about a half mile away. The suspect remains at large.
Jun 14th, 2019

The Tire Rack One Lap of America, presented by Grassroots Motorsports Magazine, runs May 4-11.
Dodge / RAM, FCA US LLC - Fleet
May 3rd, 2019