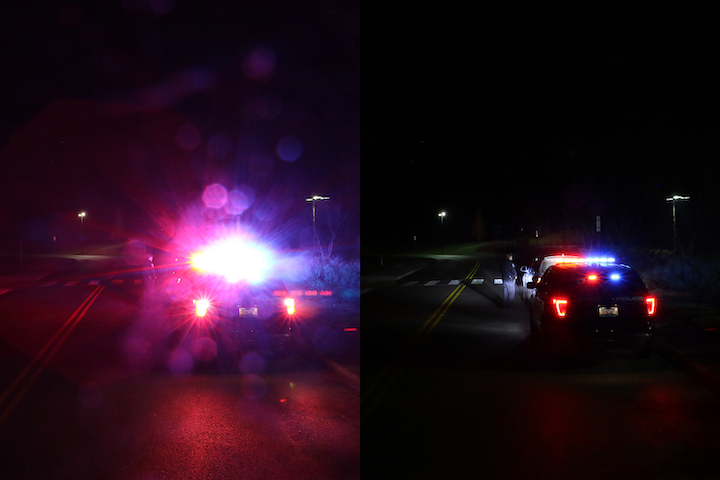 There is a rapidly growing trend in police vehicle lights and siren systems. These are known as ‘situational based’ and are being specified as the next step to making police vehicles safer. Let’s look into what this means, how the systems work and what they can do to improve officer safety on the road. The first thing we need to do, however, is step back several years and look at the evolution of LEDs as part of our primary police vehicle warning light configurations.

LEDs or Light Emitting Diodes became a new option for vehicle warning lights around 2003. They were finally bright enough to compare to the current technologies of strobe lights, rotating halogen reflectors and flashing halogen light fixtures. They came at a higher cost but offered efficiencies that no other light source could match. They also produced much truer and more vivid colors of red and blue and white. The light output, although very powerful and intense straight on, struggled to meet requirements of SAE, FMVSS, NFPA and other emergency vehicle lighting standards due to its lack of off angle intensity. As time went on, the diode manufacturers made better, higher performing parts. Warning light manufacturers all created clever ways to disperse warning lights side-to-side, to better reach the critical intersection angles that the industry and standards demanded. This evolution has continued nonstop, and every year a new, brighter, better, more dazzling lightbar or light fixture is introduced. The performance of these light sources has evolved so well that the major light manufacturers no longer struggle to meet the lighting standards because now they obliterate them! The intensity of a typical police car lightbar today is roughly 20 times what it was in the days of strobe and rotating halogen lights. Responding police vehicles can now be better seen at those critical intersections. This rapid evolution is great for officer safety.

A study of flash rates, intensities and colors

It is 2010 and Massachusetts State Police is noticing that the incidences of rear-end collisions to stationary police vehicles are on the rise — after just purchasing the next round of high intensity LED lightbars. During a two-month span in the summer of 2010, there were ten cruisers hit while parked on the interstate with flashing lights active. One incident on June 18 took the life of 52-year-old Sgt. Douglas Weddleton, a father of four. In each of the instances, the motorists that hit the cruisers were impaired. Administrators from MSP reached out to engineers from Whelen Engineering, Co. for guidance. They knew they had enough bright flashing lights. The question was, were they using them right? Together the teams from both entities embarked on a nine-month study. They looked at flash rates and flash intensities and compared those from a variety of colors and how they might be perceived by a passing motorist. They looked at other lighting studies that talked about a “moth to a flame” effect, where some (particularly impaired) motorists would tend to focus on and then drive directly towards bright, dazzling light. Testing was conducted at their closed vehicle course during daylight hours, dusk and even late night, low-light conditions. Travel speeds were obtained to re-create the most accurate scenarios. They even included unbiased civilians as part of the evaluations.

At the conclusion of the study, it became clear to all involved that the warning light flashes and brightness that are appropriate while responding to an emergency call during the day are not appropriate while parked on the side of the interstate at night, and vice versa. Using the high intensity bright, dazzling warning lights while calling for the right of way during daylight may very well capture the attention of others and make for a safer response. These warning signals must be incredibly intense in order to compete with the sun. Take the sun away and using that same signal while stopped at night appeared to be causing two major safety problems.

Not only does it cause people to subconsciously stare at them, resulting in the previously mentioned “moth to a flame” effect, but it temporarily distracts approaching motorists who now may not be able to see the trooper or other first responders standing in the roadway.

So what exactly are ‘situation based adjustments’ or ‘situational warning systems’? They know when to automatically adjust the flashing lights and display the warning light that is appropriate for the given situation. They do this by reading inputs from the vehicle such as shifter position, brake pedal application, ambient light sensors and driver’s door signal. Recently, and due to the growing popularity of this concept, all the major police vehicle manufacturers now provide these vehicle signals for easy access and connections.

Using simple if/then programming logic, the warning system control unit now knows that if the vehicle is in drive, and the warning lights are active, then it should display a rapid, alternating, high intensity dazzle as a message of urgency. If the vehicle is placed in park, with the warning lights active, under nighttime or low levels of ambient light, it will automatically adjust the flash rate down to a slow, fully synchronized, in/out flash at a much lower intensity and may include a mix of low power steady burning light.

According to Lt. Karl Brenner, fleet administrator of the Massachusetts State Police, “The job of the patrol officers and first responders is inherently dangerous by nature and one must put themselves in harm’s way routinely during their tours. This technology allows for the officer to focus his attention on the threat or the situation with minimal input to the emergency lights. This allows technology to become part of the solution instead of adding to the danger.”

In addition to the park modes that are adjusted, situational based warning systems also are now solving several other key problems that relate directly to officer safety. I’ve heard complaints that when following another police vehicle to a call, officers are having a hard time seeing the lead vehicle’s brake lights, resulting in rear-end collisions within department vehicles. This can be easily resolved by modifying the rear warning lights as the brake pedal is pressed to provide a much clearer braking signal. This is now becoming more and more advanced as well, with the use of system timers that would resume normal warning operation even if the brake lights stay on. Think of a slow crawl on the interstate where you might ride your brakes for miles while cone patterns are set up.

There is another feature of situational based warning systems that has become an industry standard. This one solves the problem of the driver’s side lightbar intensity at night if you are trying to take cover behind your door and focus on a subject. Not only is the light incredibly distracting, it also has adverse effects on your night vision, not to mention that with a bright light so close to you, your subject can see you clearly. With a situational based warning system, we can now use the door signal to cut the ends of the lightbar off while the door is open at night. This allows you to see your subject and ensures that your subject can’t see you.

Vehicle warning light systems have come a long way in a very short amount of time — from the days of a simple toggle switch to activate or deactivate to systems that use logic and vehicle information to solve real problems. Take a look at your own vehicle fleet. There might be something you are struggling with as it pertains to the emergency lights and sirens that a situational based warning system can help you resolve.

As Managing Partner of Patriot Fleet Group, LLC, Scott Potter has 25 years of experience in the design and development of emergency vehicle warning systems. He can be reached at spotter@patriotfleetgroup.com. 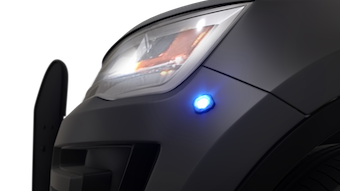 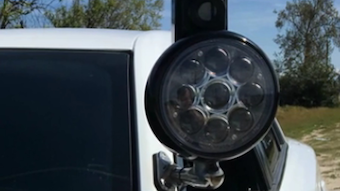 Change the Way You Patrol the Night

Increase officer safety at night with NOPTIC. Watch this short video to learn how.
NOPTIC Thermal
May 13th, 2019
Portable Lighting 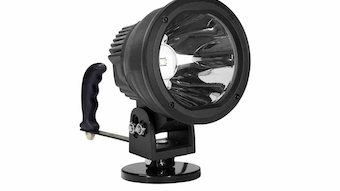 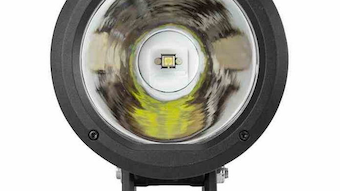 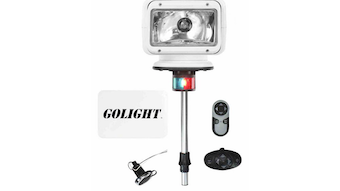 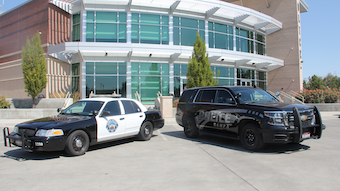 The History & Evolution Of Patrol Vehicles...What’s Next?

From the addition of vinyl decals to the inclusion of MDTs, a lot has changed in the patrol vehicle over 50 years and more change is still to come.
Frank Borelli
Oct 15th, 2018 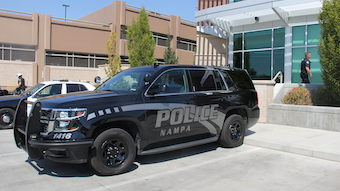 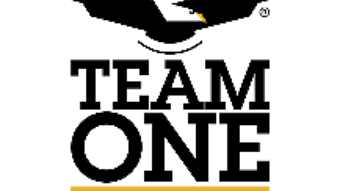 A guide to help manage and outfit your patrol vehicles
Oct 3rd, 2018