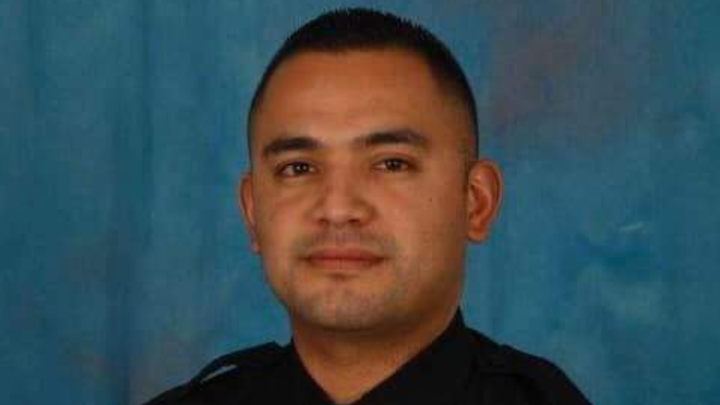 The San Joaquin County Sheriff's Office, in mourning the loss of an employee, identified him as Correctional Sgt. Cesar Fuentes, a six-year veteran of the agency who worked in the jail, serving on the Custody Emergency Response Team for five years and as a team leader.

The California Highway Patrol identified Fuentes as 32 years old and reported he was driving a Kawasaki motorcycle eastbound on Mathews Road between the sheriff's complex on Michael Canlis Boulevard and Interstate 5.

About 6:15 p.m., a Ford pickup truck parked along the south shoulder of Mathews Road and driven by a 60-year-old man suddenly executed a U-turn directly in front of Fuentes' motorcycle, according to the CHP.

The motorcycle collided with the driver side of the pickup and Fuentes was ejected onto the roadway. He was transported to nearby San Joaquin General Hospital where he died from his injuries, authorities reported.

The driver of the pickup truck was not immediately identified. The CHP reported he did not sustain any injuries during the collision.

In a statement, the Sheriff's Office noted that Fuentes had just completed his work shift and was traveling home at the time of the collision. He is survived by his family "who will love and miss him dearly. They will cherish the memories they made together. We at the Sheriff's Office send them our deepest sympathy, love and prayers."

In addition to his public service with the Sheriff's Office, Fuentes served with the U.S. Marine Corps from 2006 through 2018, including three tours of duty overseas. He was honorably discharged at the rank of sergeant.