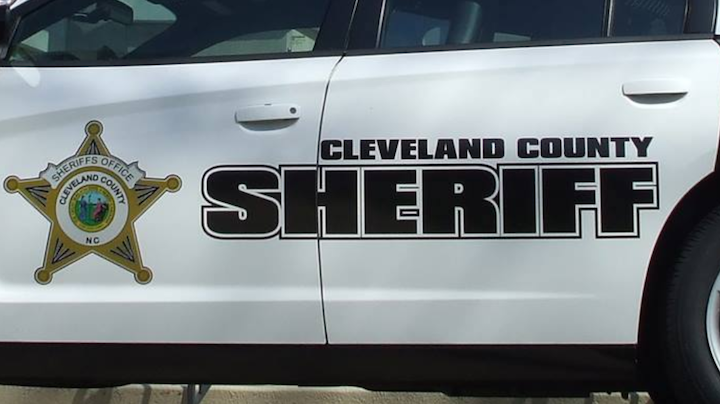 CLEVELAND COUNTY, North Carolina -- As his shift came to a close, Deputy Eddie Barkley got a call over the radio.

There was a report of a couple trying to pass a fraudulent prescription. What could've been a routine call ended with a man shot and killed and Barkley suffering several gunshot wounds.

Not exactly a celebratory occasion, Barkley always remembers that night 35 years ago.

A confrontation took place in which Douglas Scott Baynard had a gun.

"It was apparent he wasn't going to turn himself in or go easy because he kept going toward the gun," Barkley recalled Monday afternoon.

Both men fired. Baynard was killed. Barkley was struck in the chest, face and hand. Baynard credits his training, a pin on his uniform and several factors in his survival.

One of the bullets struck a marksmanship pin Baynard was wearing, a factor that altered the course of the trajectory that then nicked his heart.

Surgeries, physical and mental recovery followed, taking about a year.

Baynard remembers how his training helped him defend himself after being shot in the hand. Because he learned in Basic Law Enforcement Training how to shoot with both hands, he was not helpless at the time of the deadly exchange, he said.

"Deputy Barkley's shooting led officers in the county to be trained to shoot with their support hands... His incident also led to the buying of bullet proof vests for officers," according to the Cleveland County Sheriff's Office.

Barkley had been with the department for about four years before that incident. He returned to the patrol division after recovery where he stayed until 1990.

While Barkley stepped away from being a full-time patrol deputy, he works part-time with the department and he runs a private business.

He still holds onto the dented marksmanship pin that changed the path of the bullet that could have mortally wounded him.

The terrifying incident from Barkley's past is one men and women in uniform face every day.

Diane Turbyfill can be reached at 704-669-3334 and Twitter.com/ShelbyStarDiane.