One man is behind bars after hurling racial slurs and punching a Michigan State Police trooper during Michigan’s blow-out loss to Ohio State on Saturday. 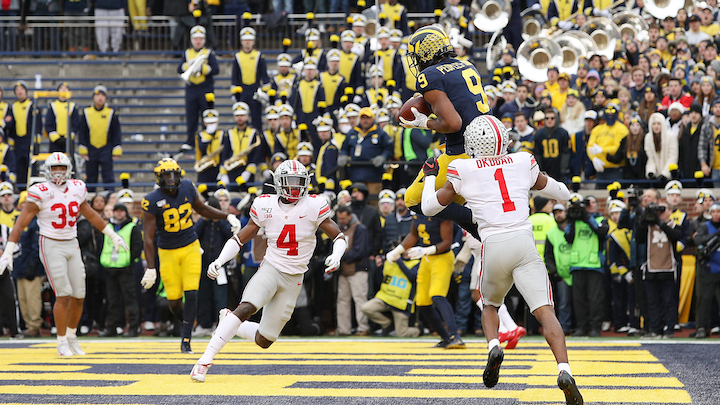 ANN ARBOR, Michigan - One man is behind bars after hurling racial slurs and punching a Michigan State Police trooper during Michigan’s blow-out loss to Ohio State on Saturday.

The man, born in 1990 and from Ohio, was arrested for assault on a police officer, resisting and obstructing a police officer, disorderly conduct and ethnic intimidation during the Nov. 30 game at Michigan Stadium, said University of Michigan Deputy Police Chief Melissa Overton.

Police initially were called to a disturbance in the stands, Overton said.

The man was intoxicated and assaulted the trooper, on site as part of game coverage, as he went to arrest the fan, Overton said.

The officer wasn't injured, but the suspect was lodged at the Washtenaw County Jail, Overton said.

Further information was not immediately available.

The man was one of five people arrested during the game, Overton said.

Though this is the first time a police officer has been assaulted during a game this year, it does happen on occasion, said Overton.

“It’s typically someone who is intoxicated,” she said.