When a car carrying a surgeon, a medical student, a transplant coordinator and a human heart stopped on the expressway on Chicago’s Southwest Side, two Illinois State Police troopers came to their rescue. 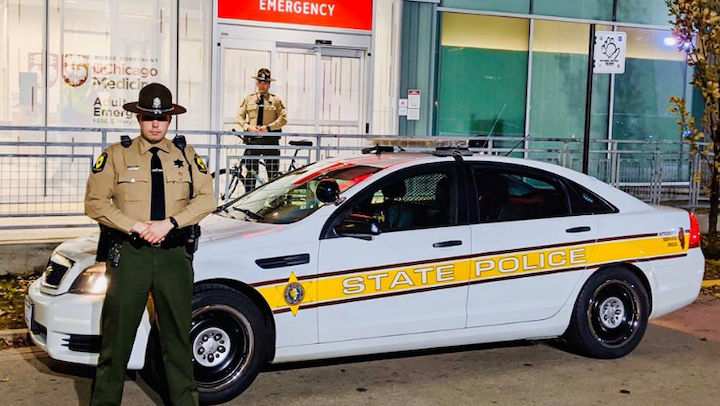 CHICAGO -- When a car carrying a surgeon, a medical student, a transplant coordinator and a human heart stopped on the expressway on Chicago’s Southwest Side, two Illinois State Police troopers came to their rescue.

Their tire went flat a little after 4 a.m. Tuesday, when the team was on its way from Midway Airport to University of Chicago’s medical campus in Hyde Park. Miles from the hospital on the northbound Stevenson Expressway near Throop Street, they were running out of time to get the heart to a transplant patient.

“Time is of the essence when it comes to transplant surgery,” Ashley Heher, a U. of C. Medicine spokeswoman, said in a statement. “There is about a four to six hour window of time for a heart to remain viable for surgery and the team had already been traveling for approximately 3 hours.”

Troopers David Cibrian and Raymond Snisko, who were classmates in the ISP Academy and graduated in 2018, just knew they were responding to a “motorist assist” call. Once at the scene, they quickly realized the role they needed to play, according to ISP. As they took the team with the heart the rest of the way to the hospital, Illinois Department of Transportation minutemen came to fix the flat.

In a news release, Interim Captain Angelo Mollo gave thanks and said he was proud of the troopers’ actions.

“Our District Chicago Troopers were able to turn a potentially bad situation into a thankful ending for at least one family this Thanksgiving holiday," Mollo said.