Universal officials say guests might have confused him with an actual police officer. 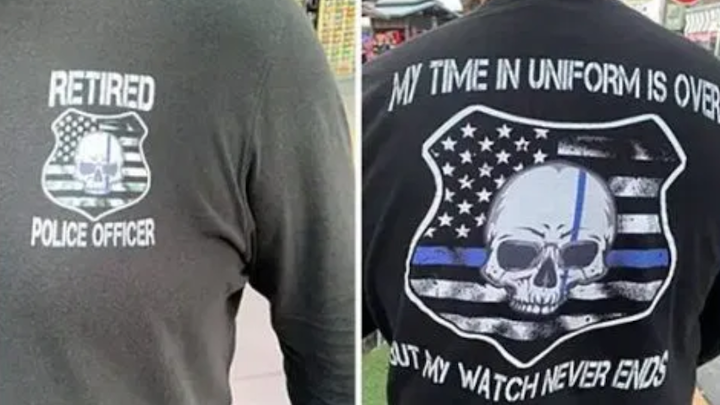 ORLANDO -- Universal Studios stopped an Ormond Beach man from going into the parks for nearly an hour earlier this month because he wore a shirt that said he is a retired police officer.

Vincent Champion, a 22-year law enforcement veteran who retired in 2009 from the Ormond Beach Police Department, said he was stopped the theme park temporarily restricted his entry on Nov. 1.

Champion, 55, said the experience left him confused and angry and he vowed never to go to Universal again.

“I have never been treated this badly,'' he said. "It’s usually quite the opposite.”

Pictures that Champion shared show him in a gray, long-sleeved shirt with “Retired Police Officer” on the chest. On the back, it reads, “My time in uniform is over but my watch never ends.”

Universal officials say guests might have confused him with an actual police officer. Even so, Champion was let into the park after the delay.

“We have tremendous respect for our law enforcement and first-responder guests and ultimately, this guest was able to wear his shirt,” a statement from spokesman Tom Schroder read. “That said, for safety reasons we want our guests and team members to be able to easily identify active, working, law enforcement. And so, as is common in our industry, we do not permit guests to wear clothing or items that may cause confusion.”

The incident was initially reported in the “Blue Lives Matter” blog on the Defense Maven website.

Champion was at Universal Studios after friends said they wanted to meet up with him and his girlfriend for Halloween Horror Nights. As he was emptying his pockets to walk through security, an attendant asked if he had a different shirt to put on.

Initially surprised, Champion said he did not and was told he could not enter the park with anything with police-related materials on it.

As a line formed, bystanders started to defend Champion, with one offering up his shirt for Champion to wear.

He quickly changed into it but was told that it wasn’t enough for the security guard, who Champion said told him that he couldn’t carry the first shirt around.

“I was embarrassed because I’m proud of what I am,” Champion said. “But I had to disrobe in front of people. I was trying to just defuse the situation and not have a problem.”

Champion said he often gets stopped by strangers when he wears the shirt to thank him for his time as a police officer.

He eventually asked to speak to a supervisor, who repeated the attendant’s explanation about the company’s policy.

But they relented when they saw there was no official badge on the shirt.

Champion said police are "a class of people who give up a lot, adding that he was "just trying to go to the park and you want to treat us like this? It’s just wrong.”