Instead of getting a tank of gas, two men found themselves in handcuffs after state police said they were caught with drugs and guns. 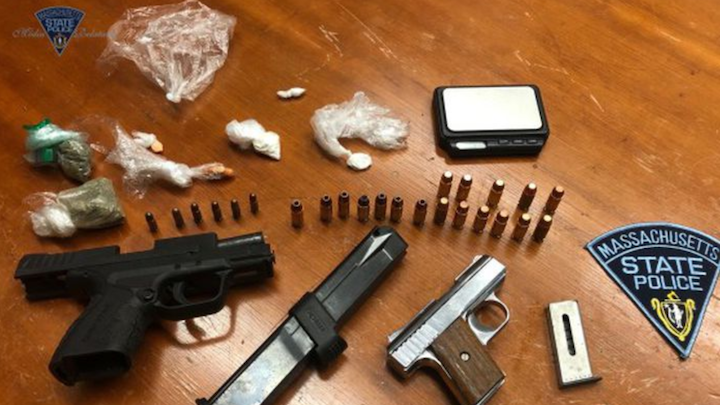 Instead of getting a tank of gas, two men found themselves in handcuffs after state police said they were caught with drugs and guns.
Massachusetts State Police

SPRINGFIELD, Massachusetts -- A Massachusetts State Police trooper on patrol in Randolph Wednesday night spotted two cars pulled over on the side of a highway.

The trooper learned one driver ran out of gas. Instead of getting a tank of gas, two men found themselves in handcuffs after state police said they were caught with drugs and guns.

Trooper Michael Sullivan was on patrol on Route 24 in Randolph around 10:50 p.m. when he saw the two cars in the breakdown lane.

“Trooper Sullivan stopped to inquire if they needed assistance,” state police said. “One of the vehicles had run out of gas.”

While the trooper stopped to help, he discovered two men, Luis G. Lopez and Adieu D. Charles, had guns and drugs on them, state police said. The two men, both 22-years-old and from Brockton, were arrested.

The men had three small bags of cocaine and a bag of pills on them, according to authorities.

State police said the men also had two pistols on them. Both men were arrested on several gun and drug charges.