A 60-year-old man was arrested for a slew of criminal offenses Tuesday night, including felony hit-and-run, after he hit a Thurston County Sheriff’s deputy with his vehicle, charging documents show. 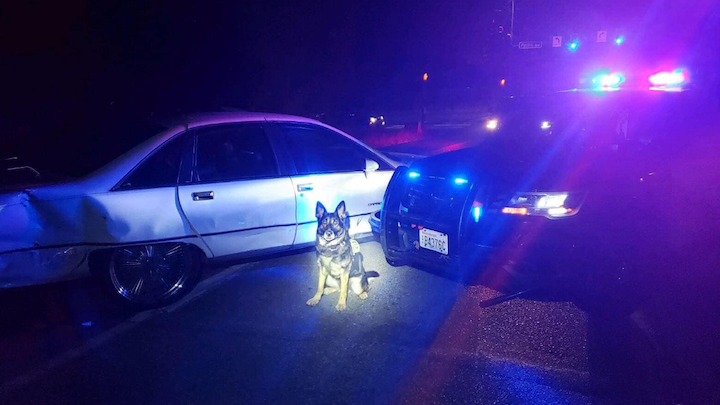 OLYMPIA, Washington -- A 60-year-old man was arrested for a slew of criminal offenses Tuesday night, including felony hit-and-run, after he hit a Thurston County Sheriff’s deputy with his vehicle, charging documents show.

The deputy who was hit by the vehicle was taken to an area hospital, but is now recovering at home, the Sheriff’s Office said via social media on Wednesday.

The man was arrested on suspicion of second-degree assault, first-degree malicious mischief, felony hit-and-run, attempting to elude a police officer and two counts of third-degree assault.

About 9 p.m. Tuesday, the deputy pulled over the suspect in the 6200 block of Pacific Avenue Southeast after running a check on the license plate. That check showed the suspect had an outstanding state Department of Corrections felony warrant.

During the traffic stop, the suspect began to fight with deputies at the scene, then he put his vehicle in reverse. The driver door was still open.

“The driver door struck a deputy and threw him backwards an estimated 15-20 feet,” charging documents read, adding that the “door was permanently stuck forward.”

Still, the suspect fled east in his car on Pacific Avenue.

A deputy, using his patrol vehicle, forced the suspect to stop on Union Mills Road Southeast. The suspect got out and ran, but K9 officer Jaxx ultimately subdued him. He suffered multiple bites as a result and was taken to Capital Medical Center for treatment.