A woman who saw footprints in the snow near an abandoned vehicle on Halloween night called her husband, an off-duty Michigan State Police trooper. 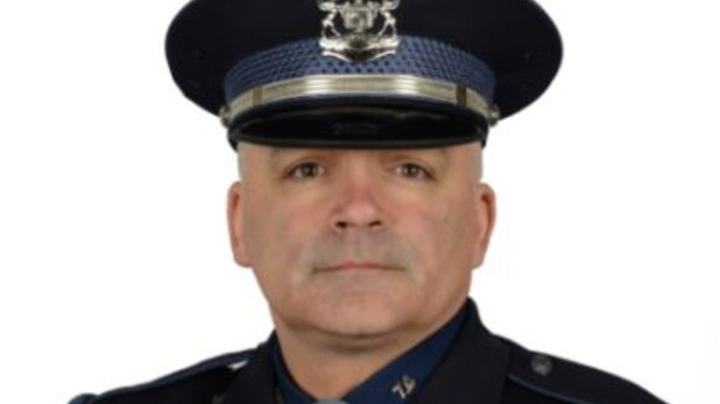 OTSEGO COUNTY, Michigan -- A woman who saw footprints in the snow near an abandoned vehicle on Halloween night called her husband, an off-duty Michigan State Police trooper. Together, their actions are being credited for saving a 79-year-old Royal Oak man who was found freezing on a two-track road, not far from where his vehicle had run out of gas.

Sgt. James Bush, who works out of the MSP’s Gaylord post, got a call from his wife about 9 p.m. last Thursday night. She had been handing out candy to children at their church in Lewiston, and driving home she saw a vehicle that looked like it had gotten stuck off the road on Bass Lake Landing, off Bass Lake Trail in Chester Township. She saw footprints in the snow leading away from the vehicle, she told her husband, according to state police.

Sgt. Bush loaded supplies into his personal truck and went to check out the vehicle. He approached it and saw a dog and cat had been left inside the vehicle, then he started following the footprints.

He found the vehicle’s driver - a 79-year-old man - slumped over in the snow on a two-track road. The man was not wearing any shoes, police said. His speech was slurred and he appeared disoriented. He could not stand up on his own and he told Bush he didn’t know the way to his cabin.

Bush picked the man up and helped the man back to the warmth of his own truck, where the two were met by paramedics, MSP troopers from the Gaylord post, and an MSP chaplain. The man was shivering uncontrollably at first, and told police he’d left his vehicle about 7 p.m.

Police checked his vehicle and tried to start it, so they could warm up the pets left inside, but found it had run out of gas.

The man was taken to a local hospital for treatment.

“If it were not for Sgt. Bush’s wife’s call and the fast response of Sgt. James Bush, the outcome may have been different,” police said.