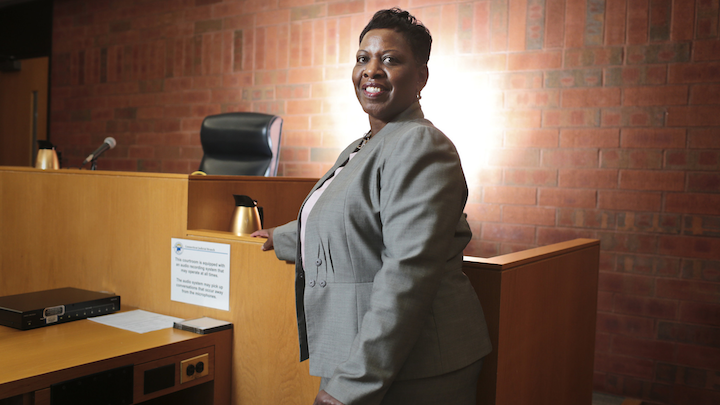 HARTFORD, Connecticut -- While state-mandated investigations by Hartford State’s Attorney Gail P. Hardy into four deadly police shootings went unresolved for years, the officers involved in the use-of-force incidents returned to full duty, including two state police troopers who were awarded medals of bravery for their actions in one of the shootings.

The delays by Hardy put officers’ careers in limbo while other officers not yet cleared in the investigations went back to their street patrols following internal — but not necessarily independent — probes that officials said gave them clearance to resume their police work.

“Officers deserve a resolution in a timely manner as both their professional and personal lives are significantly impacted,” said Sgt. John Szewczyk, president of the Hartford police union.

While waiting for Hardy’s rulings, the police agencies involved in those shootings sought their own resolutions, conducting internal probes of the officers’ actions. Two of those departments — Hartford and Glastonbury — said a formal internal probe could not be finished without the reports from Hardy.

The Courant reported in October that Hardy, the top law enforcement official in the Hartford Judicial District, failed to complete mandated reviews of four deadly police shootings from March 2008 through July 2012, leaving the cases open. An investigation into the April 20, 2019, death of 18-year-old Anthony Cruz Vega after he was shot by Wethersfield Officer Layau Eulizier also remains unresolved.

The Criminal Justice Commission will meet Monday to address Hardy’s failure to complete the reports. The meeting, scheduled for 9 a.m. at the Division of Criminal Justice in Rocky Hill, shows the commission plans to meet in executive session to discuss “the untimely completion of reports ... concerning investigations of the use of deadly force in the Hartford Judicial District.”

By law, Hardy was supposed to report if the shootings were justified or if the officers’ use of deadly force violated state law and required criminal charges against the officers. Police departments and agencies typically weigh these findings when deciding the future of their officers. In recent police shootings, state’s attorneys have asked departments to put their internal investigations on hold until their reports are completed.

But public outcry about recent deadly police shootings in Connecticut has made it difficult for police departments to comply with those requests.

After Hamden police Officer Devin Eaton wounded a woman in a police shooting in April, town officials said they were waiting to take action on the officer’s duty status until New Haven State’s Attorney Patrick J. Griffin filed his report on the incident. In Hamden, results of the police department’s internal investigation would be forwarded to the town’s police commission, which handles the discipline of officers.

Following repeated calls from activists to fire Eaton after he was arrested in October and charged with assault and reckless endangerment in connection with the shooting, acting police Chief John Cappiello last week recommended firing Eaton.

“I think part of the challenge here is internal affairs does not need to wait for the criminal investigation of a police officer’s actions for there to be some determination of professional misconduct,” said Melvin Medina, advocacy and public policy director for the ACLU of Connecticut.

When departments say they must wait for the state’s attorney’s investigation before finishing an internal probe, he said “we see that as dodging accountability.”

In the five shootings Hardy was required to investigate, state police investigators have turned over their materials to Hardy for her report. When asked in October about the unresolved deadly police shooting probes, Hardy told The Courant that she determined the four older police shootings were justified and that reports she was preparing were in “some form” of completion.

Internal reviews and a return to duty

State police officials didn’t wait for Hardy’s completed report to decide the fates of Sgt. Chick Bistany and Trooper Steven Orlowski. Both lawmen were involved in the March 3, 2008, fatal shooting of Joseph Bak of Hartford.

Officials with the state police said the troopers were placed on administrative leave immediately after the shooting, but returned to full duty on May 16, 2008. Absent a report from Hardy, they were both found to be within state police policy in an internal investigation.

The following year, when East Hartford Sgt. Frank Mormino fatally shot Taurean Wilson, he was put on leave after the Jan. 11, 2009, shooting. Mormino returned to full duty on Jan. 29, 2009.

East Hartford police said that with all deadly uses of police force, the department conducts its own internal administrative review to ensure it was within policy. Mormino was cleared in the review, Lt. Josh Litwin said.

He retired from the department in October 2011.

Saucier, who was with the Capitol Region Emergency Services Team, was put on administrative leave for about a week after the shooting while department officials evaluated the situation, then he returned to work, Chief Marshall Porter said.

“The internal investigation was and still is pending the outcome of [Hardy’s] report,” Porter said.

Saucier remains with the Glastonbury police as a sergeant, records show.

Hartford Officer William Cote was placed on administrative leave following the deadly shooting of Ernesto Morales in the city on July 11, 2012. Department officials said an internal investigation was done despite no report from Hardy. In addition to the internal review, the shooting was investigated by the firearm discharge board of inquiry.

Unlike other departments, Hartford uses this board made up of police officials and civilians to review shootings. The board preliminarily cleared Cote to return to duty on Nov. 13, 2012, about four months after the shooting.

Officials with the Hartford police said a final administrative investigation and review by the board of inquiry are still pending since Hardy has not released her final report on the death of Morales.

Cote remains with the department and is assigned to the Major Crimes Division.

The four unresolved police shooting investigations between 2008 and 2012 were Hardy’s responsibility to investigate because they happened in her judicial district, but a 2015 law required the chief state’s attorney to assign these probes to outside state’s attorneys.

When Cruz was killed in Wethersfield on April 20, Chief State’s Attorney Kevin T. Kane assigned the investigation to Hardy. It is unclear if the long outstanding investigations weighed into his decision when he assigned Hardy.

What also remains unclear is when Hardy will complete the reports into the police shootings from 2008 to 2012. In an interview on Oct. 25, Hardy said her estimate was about one month. It was unclear Friday whether the reports would be released during Monday’s meeting of the Criminal Justice Commission.

Meanwhile, Kane has been reviewing the lapses in the Hartford Judicial District involving these cases. Kane, set to retire at the end of October, agreed to stay on an additional 30 days at the request of the head of the Criminal Justice Commission, Supreme Court Justice Andrew McDonald.

Following reports in The Courant, McDonald spoke to Kane and Deputy Chief State’s Attorney John J. Russotto, who was to run the Division of Criminal Justice on an interim basis after Kane’s retirement.

“I have indicated to them that I would like to review a comprehensive report from the chief state’s attorney about what happened in the Hartford Judicial District, including timelines and critical decision points,” McDonald said.

He asked that they include in the report any “remedial and disciplinary recommendations.”

Nicholas Rondinone can be reached at nrondinone@courant.com. 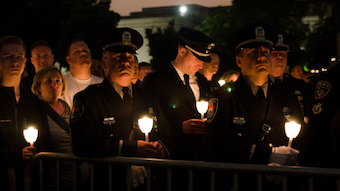 It's time we focused on a necessary skill: properly identifying a threat in a school. This requires setting aside our personal prejudices, hopes, dreams and wishes. It requires a reality check.
Frank Borelli
Mar 29th, 2018
Research

Often adults who work with youth either talk down to adolescents or try to be on their level. Watching for these two things and also having a foundation of understanding will help all professionals communicate more effectively.
Michelle Perin
Mar 26th, 2018
Research

When other systems, like mental health, child welfare and developmental disabilities fail to provide appropriate services and instead spend more time fighting each other, officers are being forced to do tough work out in the field.
Michelle Perin
Feb 27th, 2018
Research

Calls reference behavioral health issues with children can be some of the most frustrating law enforcement has to deal with. Often officers are expected to fix failures in the mental health and social services systems.
Michelle Perin
Feb 23rd, 2018
Education

Suicide in the Elderly Population

Someone age 65 or over completes suicide every 80 minutes; an average of 18.2 deaths a day. Elders account for 18% of all suicides; but they comprise only 13% of the population.
Pamela Kulbarsh
Dec 18th, 2017 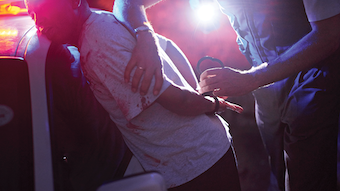 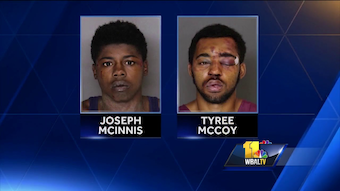 ​Two men who police said robbed a pub in Woodlawn may not have expected it to be full of police officers. Baltimore County police have two suspects in custody who they said robbed a pub Tuesday night at gunpoint.
Aug 31st, 2017 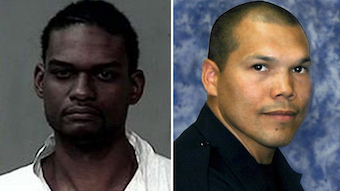 The University of New Haven