The bill would require all law enforcement agencies in the state to prepare a written policy for investigation when police kill people and mandate that those investigations be handled by an outside agency. 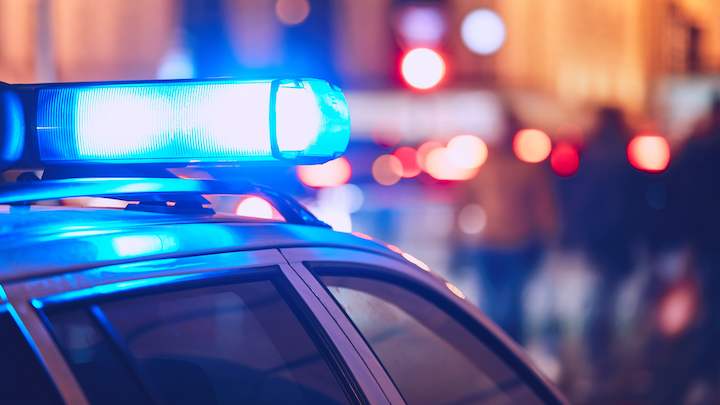 The bill would require all law enforcement agencies in the state to prepare a written policy for investigation when police kill people and mandate that those investigations be handled by an outside agency.
Dreamstime/TNS

OVERLAND PARK, Kansas -- The mother of a 17-year-old killed by Overland Park police in 2018 has helped a Kansas lawmaker draft a bill aimed at bringing more transparency and accountability to police shootings.

The bill — which will be formally introduced at the start of the Kansas legislative session on Jan. 13 — would require all law enforcement agencies in the state to prepare a written policy for investigation when police kill people and mandate that those investigations be handled by an outside agency.

If, at the conclusion of the investigation, a prosecutor determines the officer did not commit a crime, the bill would require the agency to release the investigative report to the public.

State Representative David Benson, a Democrat from Overland Park, said he worked with Sheila Albers, the mother of the 17-year-old killed in 2018, to find a legislative solution to the issues her organization, JoCo United, has focused on since the shooting.

In Johnson County, Albers said, many departments already have a written policy and every department uses an outside agency for investigating police shootings.

The portion of the bill that would bring changes to the county, she said, is the provision requiring the district attorney to release the investigative report if there are no criminal charges.

Albers and Benson said the bill, which was modeled after similar legislation in Wisconsin, would add credibility to investigations and promote better policy in departments.

“When you have objective factual information then you’re able to train people down the road either to reinforce good decisions or to change bad decisions,” Albers said. “Without the data nobody’s going to learn anything … there’s no way prevent it from happening again.”

When Alber’s son was shot and killed by an Overland Park police officer she said she received little information from police about the subsequent investigation.

A month after the shooting, Johnson County District Attorney Steve Howe ruled that the officer who shot Albers was justified. After the decision was announced, another family member requested a variety of documents related to the incident and unsuccessfully sued the city and district attorney for access to the records.

The bill would not apply retroactively to her son’s case, Albers said. But it would provide more information in future cases.

“Ideally I would like (the records in my son’s case released) but that’s not going to bring John back,” Albers said. “More importantly is that will this save lives down the road.”

The officer, Clayton Jenison, resigned after the shooting. He was never charged.

John Albers was shot multiple times while backing out of the driveway at his home in January 2018. Police had been called to the area to conduct a welfare check on the suicidal teen.

On Tuesday, Overland Park Police Chief Frank Donchez said if the bill promoted by Sheila Albers passes it won’t affect the investigative work done by his department or by prosecutors.

“We’ll do whatever the Kansas Legislature decides,” Donchez said.

Howe, the Johnson County District Attorney, said he was concerned that rural police departments would struggle to adhere to the provision requiring an outside investigation.

He also said he worried about the privacy implications of the bill.

“I’m not sure it gives enough clarity to law enforcement and prosecutors on what is allowed (to be redacted) and what isn’t,” Howe said.

He said the bill could require sensitive information about those involved in an incident be released the the public.

“Once that Pandora’s box is open it’s open to everybody not just responsible people but also irresponsible people who would use it to get more clicks on the internet,” Howe said. “It permits anybody to make this request and have this information available. I think that’s dangerous.”

In a world where some police departments use body cameras and dashboard cameras, Howe said, the rest of the investigative file does not need to be released.

“What gap does it fill that wouldn’t already be provided by the video itself?” he said.

However, video collected by police cameras is not an open record in Kansas and is often not released to the public.

Benson, the lawmaker, said the bill would use the Kansas Open Records Act as a basis for exempting sensitive information from being released.

The release of the investigative report, Benson said, would build public trust and protect the officer from accusations of misconduct.

“Policing is hard work and in no way am I suggesting that it is not — it’s difficult and it’s instantaneous kinds of work and our officers do a great job,” Benson said. “I think that public trust can be built through disclosure rather than non-disclosure.”