The man who reportedly shot a Waseca police officer Monday night was wanted by authorities after officers allegedly found a methamphetamine lab in his basement less than a month ago. 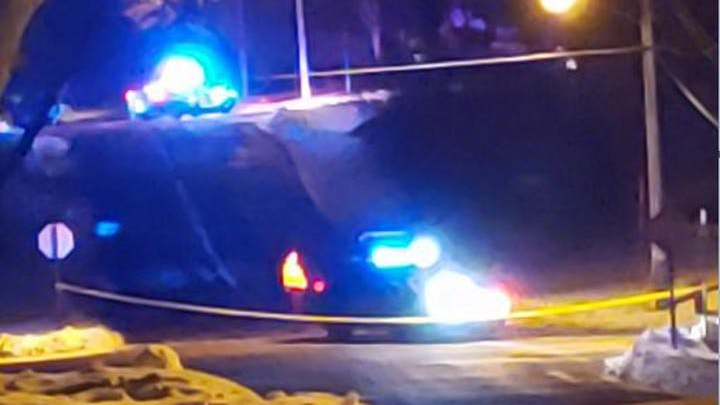 Law enforcement sealed off part of a Waseca neighborhood after an officer and suspect were wounded Monday night.
DAVID JOLES/STAR TRIBUNE/TNS

WASECA, Minnesota -- The man who reportedly shot a Waseca police officer Monday night was wanted by authorities after officers allegedly found a methamphetamine lab in his basement less than a month ago.

Tyler Robert Janovsky, 37, who has had prior convictions including meth manufacturing, was released from prison in September after pleading guilty to burglarizing a residence in Otter Tail County while naked, according to the Mankato Free Press.

A Department of Corrections agent and a Waseca police officer went to a residence at 207 11th St. SE in Waseca Dec. 13 to conduct a probation check on Janovsky, and he reportedly fled, according to the newspaper.

While looking for him, they found equipment for making methamphetamine.

The South Central Drug Investigation Unit obtained a warrant to do a more thorough search of the residence and found meth, hallucinogenic mushrooms, marijuana and pills, along with equipment to manufacture meth and a gun. They also found nearly 900 tablets of pseudo ephedrine, which can be used to make meth, along with instructions on how to make the drug, the Mankato newspaper stated.

His whereabouts were unknown until Monday night shortly before 8 p.m. when officers encountered Janovsky while responding to a call about an unknown suspicious person with a flashlight in the backyard of a home on the 900 block of Fourth Avenue Southeast in Waseca.

Four officers responded to the area, including Officer Arik Matson, where they found Janovsky at a neighboring property on the 900 block of Third Avenue Southeast.

Minnesota Bureau of Criminal Apprehension Superintendent Drew Evans said officers did not know before they arrived at the address that Janovsky would be there. He said though many details are still unknown, at one point during the officers’ encounter with Janovsky, Matson was shot, and officers then shot Janovsky two times.

Both Matson, 32, and Janovsky were flown by helicopter to North Memorial Health Hospital in Robbinsdale.

Matson is in critical, but stable, condition and suffered grave injuries from a gunshot wound to the head, Evans said. Janovsky is being treated for non life-threatening injuries.

Janovsky is in custody but has not yet been formally charged.

Evans said the Waseca police officers do not wear body cameras, and the BCA will determine whether squad car cameras captured the incident.

More information is expected to be released after initial interviews are completed.