A New Jersey State Police trooper was justified in shooting a hunting knife-wielding man who had threatened to kill his father and other family members last year in Warren County, authorities said. 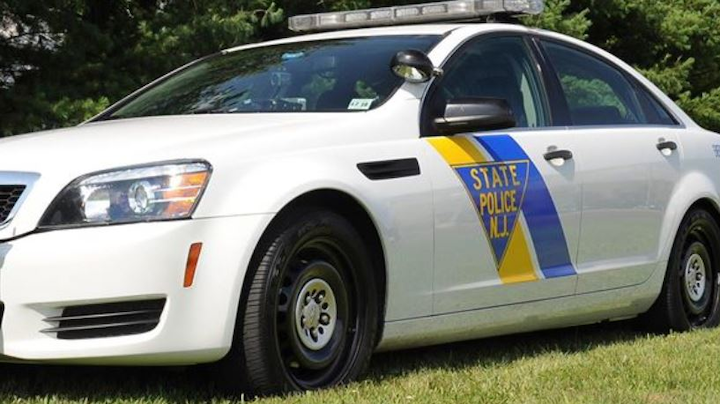 HARDWICK TOWNSHIP, New Jersey -- A New Jersey State Police trooper was justified in shooting a hunting knife-wielding man who had threatened to kill his father and other family members last year in Warren County, authorities said.

The armed man died of his wounds.

The New Jersey Attorney General’s Office reviewed the police shooting and determined that the trooper’s use of deadly force against Stephen Cogelia, 32, of Hardwick Township was warranted and the matter did not need to be presented to a grand jury.

State troopers, including the one who would eventually shoot and kill Coeglia, were called to a home on Sunset Lake Road in town on June 12, 2018 shortly after 5 p.m. for a report of a domestic dispute.

Coeglia’s father and another family member told police that Stephen had threatened to kill him, saying, "I ought to get a knife and gut you,” according to a statement from the Attorney General’s (AG) office.

Police told Coeglia to leave the house and his father went to the State Police’s Hope Station to report the threats and obtain a temporary restraining order against his son, officials said.

However, while the father was at the barracks, a relative called him to report that Cogelia had returned to the home and was threatening to kill other family members, police said.

Shortly after 9 p.m., five state troopers drove back to the home again to serve Cogelia with the restraining order and investigate the newly-made threats, the AG’s statement said. When they entered the home and called out to Cogelia, he shouted at them from upstairs, “Get out of my house!”

An officer, identified only as "Trooper 1” requested that Cogelia come downstairs and Cogelia shouted, “You come into this bedroom boys, it’s going to be some major [expletive] problems,” according to the statement.

"I am standing my [expletive] ground!” The troopers went to the second floor, where the doors to the rooms were closed.

Video footage from Trooper 1’s body-worn camera showed that when he and the other troopers opened the door of a bedroom, Cogelia was inside standing behind the door holding the hunting knife over his head with the blade pointed toward the officers, a review of the evidence showed.

Trooper 1 ordered Cogelia to drop the knife and when he did not comply, the trooper fired his Glock 19 service weapon four times and struck Cogelia in the left arm and torso, the statement said. Troopers rendered aid until medical personnel arrived and Cogelia was pronounced dead at the scene.

Trooper 1 told the Attorney General’s Shooting Response Team that he thought he was imminent danger and an investigation of his body cam footage, forensic and ballistic evidence collected as well as the results of Coeglia’s autopsy supported his claim, the office determined.

“An officer may use deadly force in New Jersey when the officer reasonably believes it is immediately necessary to protect the officer or another person from imminent danger of death or serious bodily harm,” the AG’s statement said. “Law enforcement officers are taught in Use of Force Training that distance from the threat is one of many factors to be considered when using deadly force.”

Coeglia was about five feet away from the trooper when he opened the door, the investigation showed.

An employer of Coeglia who was interviewed by detectives, also said that on the day of the shooting that he told him about “killing his father and death by cop,” authorities said.