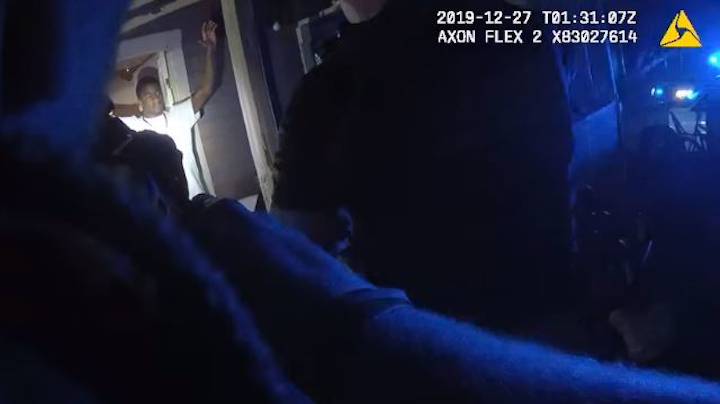 Deputies on Nov. 16 put out a warrant for the arrest of Kevin Gaines Jr. on charges of grand theft auto, resisting a law enforcement officer and driving with a suspended license. He also had warrants on bond revocation for discharging a firearm from a vehicle, among other charges.

On Thursday, deputies received information about a vehicle Gaines was driving and spotted it outside a house in DeLand, said spokesman Andrew Gant.

Deputies learned Gaines was livestreaming on Instagram in the house so they shined a light through a window. The light showed up on the video, confirming Gaines was inside the home, Gant said.

“Get into the house, he just shut his [Instagram] live off and said the cops are here,” Deputy Billy Leven said over the radio, according to body camera video.

During a search of the house, three firearms were recovered, along with a fourth found underneath a vehicle in the driveway.

Gaines was twice arrested last year in an armed carjacking in Deltona in December 2018 and a drive-by shooting at an Ormond Beach skating rink in November 2018.