The Hidalgo County District Attorney’s Office has until Feb. 6 to decide whether to pursue the death penalty against a man accused of shooting and killing Texas Department of Public Safety Trooper Moises Sanchez in April. 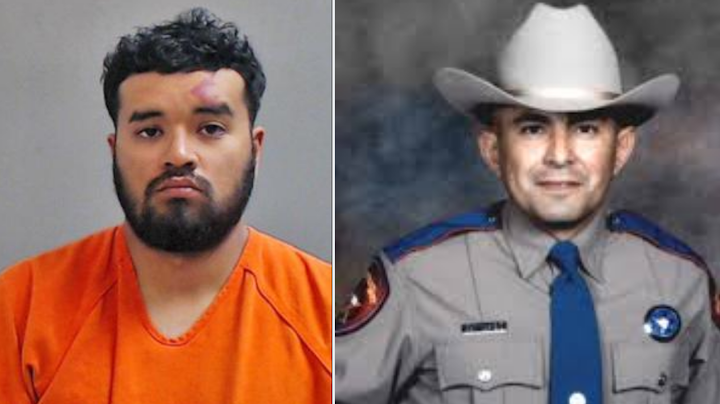 EDINBURG, Texas — The Hidalgo County District Attorney’s Office has until Feb. 6 to decide whether to pursue the death penalty against a man accused of shooting and killing Texas Department of Public Safety Trooper Moises Sanchez in April.

He has entered not guilty pleas to the charges.

Godinez is accused of gunning the 48-year-old Sanchez down on April 6 after fleeing a car crash the trooper responded to on North 10th Street and Freddy Gonzalez Drive in McAllen.

The 24-year-old man is accused of shooting Sanchez once in the head and once in the shoulder.

Sanchez, however, hung on after being shot.

He went through intense rehabilitation that included multiple surgeries.

On Aug. 24, he succumbed to his injuries in Houston following a surgery.

Godinez is also accused of shooting at two Edinburg police officers in the 1500 block of South Maltese in Edinburg during an extensive manhunt.

Those officers were not hit and police recovered a .357 magnum authorities say Godinez used in the shooting.

He remains jailed on $3 million in bonds.