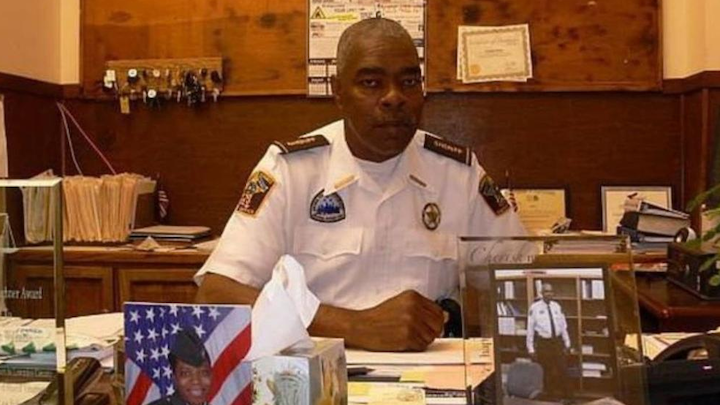 The suit was then dismissed Wednesday about 2 p.m., following media reports.

Prior to dismissal, the suit alleged Williams was on duty at the time of his fatal shooting at the QV convenience store near the Lowndes County Courthouse on the downtown square in Hayneville.

The suspect in the case, William Chase Johnson, 18, of Montgomery, faces murder charges in the incident and is being held without bond in the Elmore County Jail. He is the son of an Montgomery County Sheriff's Office deputy.

Sheriff Williams arrived at the convenience store Saturday evening in response to a phone call made by the business owner, the suit alleged.

"The private citizen business owner advised Sheriff "Big John" Williams that several young adults and juveniles were congregating in the parking lot of the QV business, blocking access to the gas pumps, playing loud music and causing a disturbance of the peace," the suit stated.

The suit also alleged that Williams responded to the call in a Lowndes County Sheriff's Department truck and after arriving, approached a vehicle occupied by a young male and female, identified himself as the sheriff and asked them to leave if they were not purchasing any goods.

William Chase Johnson was not one of the two people in the vehicle that Williams was talking to, the suit alleged, but Johnson drove his truck to that area and exited his truck with his pistol in hand, the lawsuit states.

Following the shooting, Johnson ran from the scene, only to walk up to the crime scene some four hours later, pistol in hand, after an hour's long manhunt. He was taken into custody without incident.

The suit requested the commission to pay for all funeral expenses; damages and compensations to the dependents of Williams; and the costs of filing the lawsuit.

Funeral arrangements have been set for Williams on Monday, Dec. 2.

The service will be held Monday at Garrett Coliseum on Coliseum Boulevard in Montgomery. Visitation will begin at 8 a.m. with the service at 11 a.m. Officials are expecting a large crowd for the service since Williams was well-known in the community and respected in the state's law enforcement circles.

A GoFundMe has been created to assist Williams' family with the funeral expenses.

Reporters Marty Roney and Kirsten Fiscus contributed to this report.

©2019 the Montgomery Advertiser (Montgomery, Ala.)

Visit the Montgomery Advertiser (Montgomery, Ala.) at www.montgomeryadvertiser.com