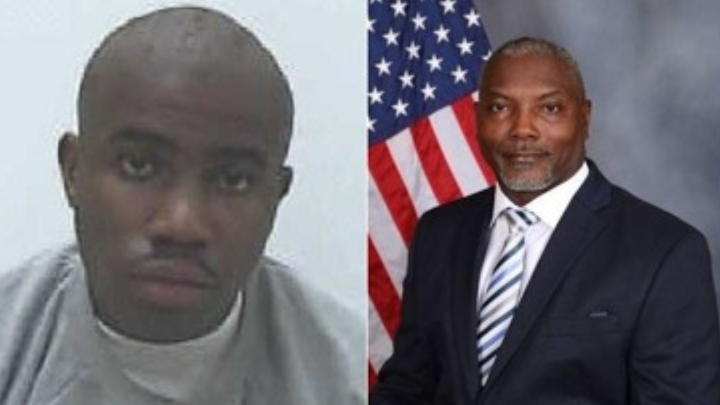 AUGUSTA, Goeriga -- A Richmond County deputy was shot and killed Tuesday night while conducting a routine patrol with a narcotics unit in Augusta.

Ridley’s suspected shooter was identified by the GBI as 24-year-old Alvin Theodore Hester Jr. According to the GBI, another officer first tried to confront Hester inside the gas station and Hester turned to leave.

He allegedly shot Ridley as the deputy was walking through the front doors, GBI special agent in charge Pat Morgan said in a news release. The other officer returned fire as Hester continued into the parking lot, where he was confronted again.

Both the officer from inside the store and an officer in the parking lot fired at Hester, striking him, Morgan said.

Ridley, who was unable to return fire, later died of his injuries.

He spent about seven months in prison after being convicted of obstruction and cocaine possession with intent to distribute in 2017 in Richmond County, according to Georgia Department of Corrections records. He was released from the Sumter County Correctional Institute in June 2018.

Nationally, he is the 108th officer killed in the line of duty this year, according to the Officer Down Memorial Page, which tracks law enforcement deaths in the U.S.

Gov. Brian Kemp took to Twitter to offer his condolences and ask Georgians “to join us in praying for Investigator Ridley’s loved ones.”

“He gave his life to protect and serve others, and losing him in the line of duty is heartbreaking,” Kemp said. “May God give his community comfort in this difficult time.”

The Tuesday night incident was the 77th officer-involved shooting investigation the GBI has opened this year.

“Our hearts are with the family, blood and blue, of Investigator Cecil Ridley, who paid the ultimate sacrifice in the line of duty,” the state agency said in a tweet. “We thank you for your service and will continue to pray for your family, friends, and the Richmond County Sheriff’s Office.”