Boy Who Survived Murder-Suicide Fighting for His Life

The 9-year-old boy who survived a murder-suicide in the Paradise Hills community that left his parents and three brothers dead is fighting for his life, family members said. 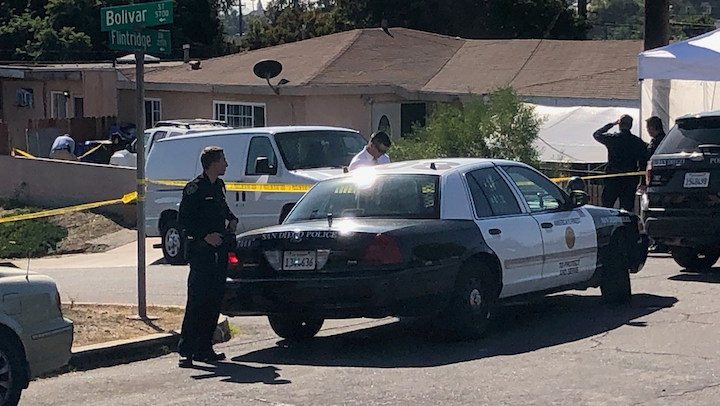 San Diego police are investigating a shooting that killed five members of a family and wounded one more in Paradise Hills on Saturday.
John Wilkens/The San Diego Union-Tribune/TNS

SAN DIEGO — The 9-year-old boy who survived a murder-suicide in the Paradise Hills community that left his parents and three brothers dead is fighting for his life, family members said.

The child’s father is suspected of shooting his children and their mother in the boy’s home Saturday morning, police said.

Officers found the parents and a 3-year-old boy dead at the scene. The other brothers were rushed to hospitals where two of them died.

The parents were estranged, according to investigators, and the mother had just obtained a temporary restraining order against the father the day before.

“Anything is a welcome blessing to help us through this tragic moment in our lives,” the brother said.

Police said they are still investigating the slain couple’s history. Police had gone to the house at least one before, two weeks ago, when the man came over to retrieve tools.

During that Nov. 1 incident, officers were there to “preserve the peace,” police said.

Investigators have not confirmed the identities of anyone involved in the domestic-violence incident.