The 9/11 Museum is taking visitors deep into the hunt for Osama bin Laden with a new exhibit that includes recently declassified information. 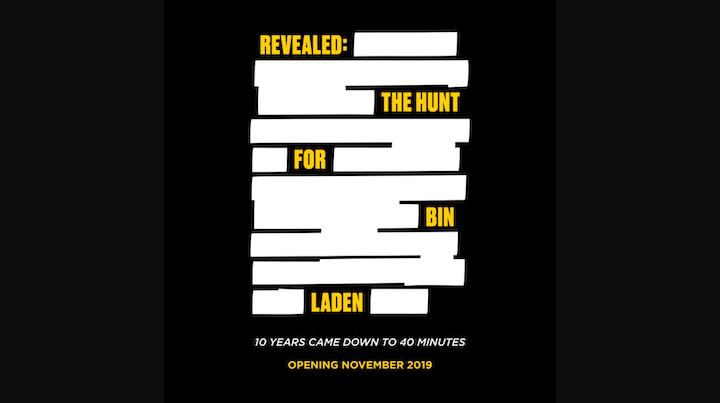 The 9/11 Museum is taking visitors deep into the hunt for Osama bin Laden with a new exhibit that includes recently declassified information.
9/11 Memorial & Museum

NEW YORK — The 9/11 Museum is taking visitors deep into the hunt for Osama bin Laden with a new exhibit that includes recently declassified information.

Set to debut on Nov. 15, the vast exhibit will include 60 artifacts and multiple, personal accounts from those involved in finding, and ultimately killing, the infamous al-Qaida terror leader who planned the deadly Sept.11 attacks.

“Our special exhibition, Revealed: The Hunt for Bin Laden, offers powerful testimony to this decisive chapter of our nation’s history, reflecting the dedication of men and women from all walks of life in pursuit of a critical and dangerous mission on behalf of their fellow Americans,” said 9/11 Memorial & Museum President and CEO Alice M. Greenwald.

Among the exhibits are a pair of handcuffs. The cop locks originally belonged to Port Authority Police Officer Donald James McIntyre, who died during the 9/11 attacks at the World Trade Center.

Those cuffs were later used by the military to detain suspected al-Qaida members during operations overseas.

There is also a backpack worn by a member of Red Squadron in Navy SEAL Team Six. That elite group was chosen to carry out the raid on the compound where bin Laden had been hiding.

The exhibit also includes a detailed miniature of that compound in Abbottabad, Pakistan, where the U.S. military captured and killed the terrorist in 2011. Visitors will also be able to see a detailed visualization of how the raid took place.

“The new exhibition vividly depicts the many frustrations and triumphant breakthroughs that culminated in the famous raid staged by U.S. Navy SEALs,” said Bruce Hoffman, director of the Security Studies Program at Georgetown University’s Edmund A. Walsh School of Foreign Service.

In addition to the unique items, special multimedia presentations were designed to provide visitors with detailed insights into the yearslong search for the terror leader, including newly declassified information that give new insights into the hunt that lasted more than a decade. They also explore the aftermath and impact his death had on the world and the war on terrorism.