Judge Janet Kenton-Walker on Tuesday is expected to issue her verdict in the case of David K. Njuguna, the driver charged in the Massachusetts Turnpike death of Trooper Thomas L. Clardy. 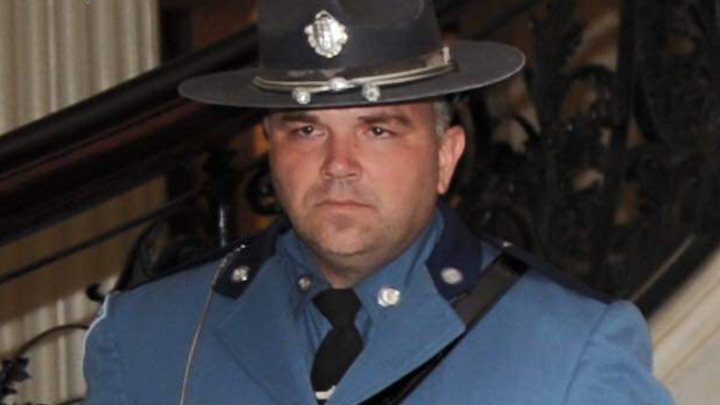 WORCESTER, Massachusetts -- Judge Janet Kenton-Walker on Tuesday is expected to issue her verdict in the case of David K. Njuguna, the driver charged in the Massachusetts Turnpike death of Trooper Thomas L. Clardy.

The case has been in the hands of the judge since Oct. 29, when testimony wrapped up in the jury-waived trial in Worcester Superior Court.

The charges against Njuguna include manslaughter and motor vehicle homicide while under the influence of drugs.

Prosecutors argued that the 33-year-old Njuguna was driving while under the influence of marijuana on March 16, 2016, when his 2011 Nissan Maxima struck Clardy's cruiser from behind in the westbound breakdown lane of the turnpike. The 44-year-old trooper, a father of seven from Hudson, was conducting a motor vehicle stop at the time of the crash.

Njuguna's initial defense lawyer countered that Njuguna had a seizure in the moments before the crash. Lawyer Peter Ettenberg argued, "This is not a police case. It's a medical case."

Meantime, Ettenberg and defense co-counsel Jaclyn R. Greenhalgh have since removed themselves from the case, citing an irretrievable breakdown of the attorney-client relationship. Njuguna is now represted by Michael S. Hussey.