Man Stabbed to Death Over Popeyes Chicken Sandwich in Maryland

A man online hoping to buy a Popeyes chicken sandwich in Maryland was stabbed to death on Monday, said news reports. 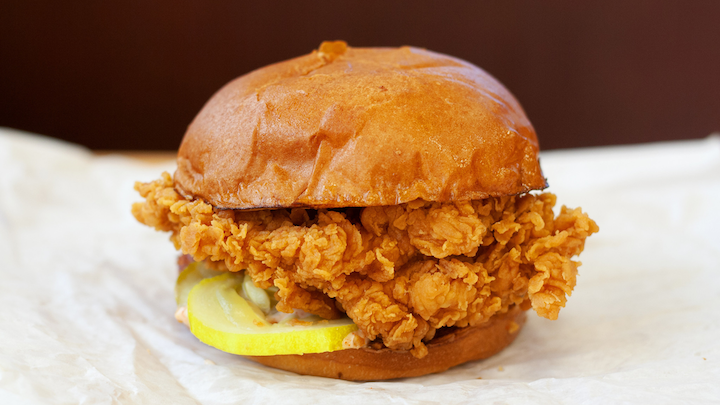 A man in line hoping to buy a Popeyes chicken sandwich in Maryland was stabbed to death on Monday.
Nick Kindelsperger/Chicago Tribune/TNS

OXON HILL, Maryland -- It’s a sandwich so good, someone died trying to buy one.

A man in line hoping to buy a Popeyes chicken sandwich in Maryland was stabbed to death on Monday, said news reports.

The fight began around 7 p.m. when someone tried to cut into the line at a Popeyes in Oxon Hill, Md., sources told Fox 5 DC.

The battle spilled into the restaurant’s parking lot, said cops. When cops arrived, they found a man, 28, with multiple stab wounds.

“We have been able to determine, preliminarily, that this is related to the release of the sandwich,” said a Prince Georges County police spokeswoman.

The slaying was under investigation Monday night.