A Nicetown man already awaiting trial in a 2011 murder has been charged with participating in five other killings, three of them within about a month in that year, the other two in the space of 12 days in 2017, authorities said Monday. 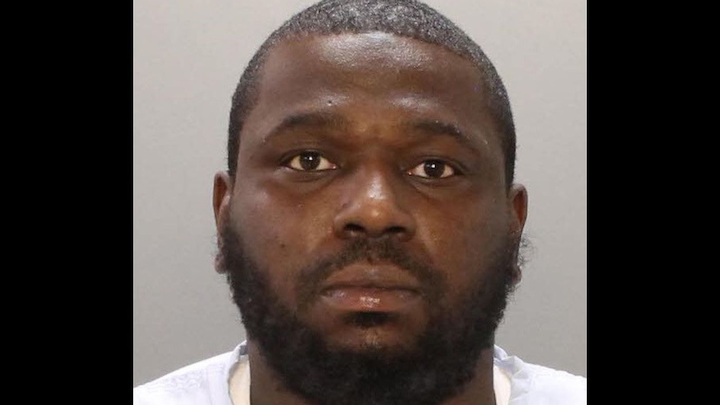 PHILADELPHIA -- A Nicetown man already awaiting trial in a 2011 murder has been charged with participating in five other killings, three of them within about a month in that year, the other two in the space of 12 days in 2017, authorities said Monday.

The details of each case, and any links among them, were not immediately clear Monday. The Police Department and District Attorney’s Office both declined to elaborate, saying the investigation was ongoing and the grand jury presentment had been sealed.

Still, sources familiar with the investigation said Michael Blackston, 29, of the 3900 block of Priscilla Street, was believed to have been a member of a violent drug organization operating in North and Northwest Philadelphia. And at least one of Blackston’s new cases is connected to his open murder case, which is scheduled for trial in February.

In that case, Blackston was arrested last year and charged with fatally shooting 50-year-old Kevin Drinks in December 2011.

According to testimony from a preliminary hearing last year, Blackston and three codefendants mistakenly believed that Drinks was willing to testify against Blackston’s friend Chad Rannels, who in September 2011 had been charged with killing a 22-year-old man two months earlier.

Blackston and his codefendants allegedly followed Drinks to the 900 block of Watts Street, where Blackston — wearing Muslim female garb in an apparent attempt to conceal his identity — ambushed Drinks and shot him in the left side and lower back.

Rannels is among the codefendants in the slaying of Drinks, with prosecutors alleging that they have records of prison phone calls helping to show his involvement.

Blackston’s attorney, Fortunato Perri Jr., declined Monday to comment on the open case. As for the new charges, Perri said he was still reviewing the allegations.

In April, Rannels was convicted of first-degree murder for the fatal shooting that allegedly precipitated Drinks’ murder: The killing of Kristin Freeman on July 30, 2011, on the 100 block of East Garfield Street in East Germantown. A source familiar with the case described it as a drug-related ambush.

Blackston also was charged Monday with participating in Freeman’s killing. Details about his role were not available.

Blackston has an extensive arrest record, according to court records. In 2015, he pleaded guilty to drug-related counts and received a prison sentence of 1½ to 7 years, the records show. He also received probationary sentences after being convicted in two separate drug-related cases in 2009.

“The District Attorney’s Office looks forward to prosecuting all individuals who are responsible for these crimes,” Krasner added, declining to comment further.

Krouse said in a statement that the investigation was “comprehensive, exhaustive, and exhausting,” and he credited law enforcement colleagues, including Verrecchio and former prosecutor Sam Haaz, for identifying Blackston as a suspect and working to develop evidence against him.

Krouse also said to the victims’ surviving relatives: “We hope the arrests for these murders can serve as solace that there are civil servants who fight every day to seek justice for their loved ones.”

Charging a single defendant in up to six separate homicides is unusual in Philadelphia. In the late 1990s, seven men were charged with committing five gang-related murders in a turf war in Mantua, but all were released when a judge ruled prosecutors had violated the defendants’ right to a speedy trial.