An Oklahoma City police officer reacted "as if he were alone" when he shot and killed an unarmed suicidal man, a training officer testified at trial Wednesday. 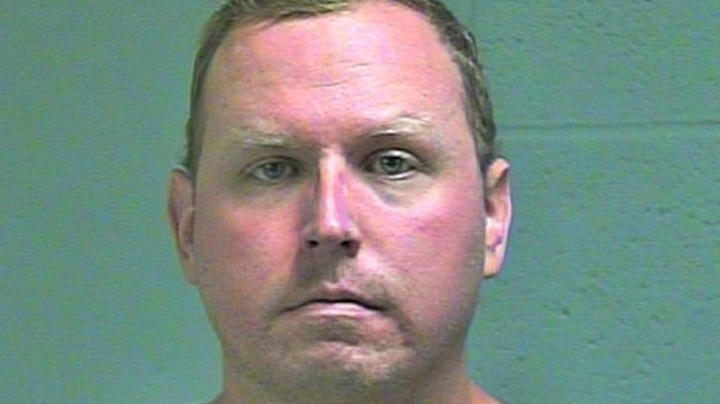 OKLAHOMA CITY -- An Oklahoma City police officer reacted "as if he were alone" when he shot and killed an unarmed suicidal man, a training officer testified at trial Wednesday.

"A total opposite reaction," Webster said after viewing body camera footage. "As if he were alone."

One of the officers was pointing a less-lethal bean-bag shotgun at Pigeon, who was holding a can of lighter fluid and a disposable lighter and threatening to set himself on fire. The other officer never removed his weapon from its holster.

Sweeney forced the issue when he ran toward the officers and confronted Pigeon, the witness testified.

"He was screaming profanities," Webster said. "It almost appeared as if he's emotionally involved."

Officers Troy Nitzky and Erik Howell were the first to respond to the courtyard of a housing complex in southwest Oklahoma City. Both were wearing body cameras.

They approached Pigeon and attempted to de-escalate the situation, asking him to put down the lighter fluid and lighter. A few seconds later, Sweeney, who was not wearing a body camera, approached Pigeon with his gun drawn yelling, "Drop it!"

The video played for jurors shows the flashlight attached to Sweeney's handgun shining on Pigeon. Sweeney then shouts, "I will (expletive) shoot you! Get on the ground!"

Sweeney then asked, "Is that a knife in his hand?" Howell responds, "It's lighter fluid. "Sweeney then tells Nitzky, "I didn't know you had a bean bag."

Ed Baker, a former police officer, said body worn cameras can distort reality because the lens is designed to show "a wider field of view" and can affect depth perception.

James contends Sweeney didn't know whether Pigeon had a weapon and was unaware Nitzky was aiming a bean bag shotgun at the victim because the other two officers didn't share the information. The attorney has said his client made the proper decision based on the information he was given.