Federal and state prosecutors have cleared a New Hampshire State Police trooper of any wrongdoing in a police stakeout and arrest in Lowell, Mass., after nearly a year of investigation into the trooper's statements in connection with the drug case. 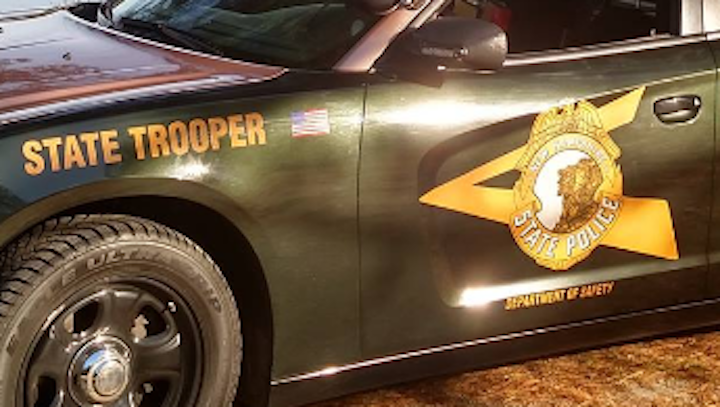 CONCORD, New Hampshire -- Federal and state prosecutors have cleared a New Hampshire State Police trooper of any wrongdoing in a police stakeout and arrest in Lowell, Mass., after nearly a year of investigation into the trooper's statements in connection with the drug case.

Trooper Francisco Vicente could not have seen a bag that a suspect was carrying while under surveillance in March 2018, according to an investigation by State Police internal affairs and a review by the New Hampshire Attorney General. Federal and state officials announced the findings on Tuesday.

Surveillance video of the suspect with the bag emerged during an October 2018 federal court hearing. Vicente had testified that he had not seen a bag, and the video called into question his credibility and that of five Lowell police officers working on the case.

The bag played a prominent role in a police affidavit that led to a warrant-authorized search of Paul Aaron's home and confiscation of fentanyl.

On Tuesday, Deputy Attorney General Jane Young said Vicente would not have been able to see the bag, given a heavy snowstorm going on at the time and the angle that Vicente was viewing the suspect.

“The bottom line is misperception does not equal falsification,” said Scott Murray, the U.S. Attorney for New Hampshire.

A State Police internal affairs investigation found two allegations against Vicente unfounded. There was not enough information to make a determination on a third allegation -- that he avoided telling federal prosecutors of errors in the affidavit.

State police Col. Christopher Wagner said Vicente had been the subject of negative media reports and Tuesday was an important day for his agency.

“I personally want to say sorry to Trooper Vicente and his family for having to endure such an experience over a long period of time. But I also want to thank him at the same time for upholding the strongest traditions of the New Hampshire State Police,” Wagner said.

Wagner said Vicente, who has at least 10 years with State Police, will continue to work with federal, local and State Police on high-impact drug investigations.

Although authorities made the announcement on Tuesday, they distributed a memo from State Police that cleared Vicente in early February, more than eight months ago. MacDonald's office needed time to review the case and work with a consultant, Massachusetts-based Win Interactive, to fine-tune the video, Young said. Authorities did not want the announcement to taint criminal cases connected to the arrest, Young said.

In a related matter, an internal affairs investigation in Lowell found that five Lowell police officers had violated department standards for reasons including gross incompetence, conduct unbecoming an officer, unsatisfactory performance and false information of records.

Murray said Lowell police were not part of the investigation because his office did not have jurisdiction in Massachusetts. A call to Lowell police seeking comment was not immediately returned.

After Judge LaPlante raised doubts about Vicente and the warrant, Murray said his office opted not to use the evidence that police obtained from the warrant. The defendant in the case, Paul Aaron, was convicted nonetheless of conspiracy to distribute fentanyl.

He was arrested as part of a broad investigation into the Martinez brothers' operation out of Lawrence, Mass. That all but concluded this month when Sergio Martinez entered a guilty plea during his sixth day of trial in U.S. District Court.

He is expected to be sentenced to 45 years in prison in the near future.