The N.C. State Bureau of Investigation has arrested two former state troopers, saying they wrote traffic tickets that weren’t given to drivers. 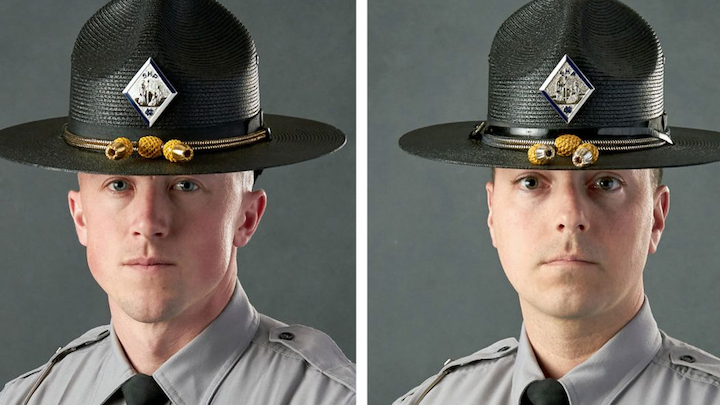 The SBI began probing ticket-writing in Harnett County in June at the request of the State Highway Patrol and Harnett County District Attorney Vernon Stewart, and said it identified more than a dozen victims who had been issued citations or charges “unbeknownst to them.” The patrol also launched an internal investigation.

“Most of the citations stemmed from single car accidents or abandoned vehicles,” the SBI said. “In some cases, the two troopers charged individuals and failed to serve the citation(s).

“The victims didn’t know they had been charged, therefore they didn’t show up for their court date(s). As a result, arrest warrants were issued for some while others had their driver’s licenses suspended.”

In early July, patrol officials said that Benson had been “separated” from the patrol, while Carter had been put on administrative duty. A supervisor had spotted the irregularities in Benson’s tickets, a patrol spokesman said.

The patrol said in a statement after the arrests that Benson had been dismissed, while Carter voluntarily resigned.

Benson had been with the patrol for nine years; Carter for five.

“The actions of these two former troopers, as substantiated by our internal investigation, is inconsistent with the Ethical and Organizational Values of the Highway Patrol and does not reflect the high standard of conduct to which all SHP employees are held accountable,” patrol commander Col. Glenn McNeill Jr. said in the patrol’s statement.

Benson and Carter turned themselves in to SBI agents at the Harnett County Detention Center on Wednesday morning.