Keith Lamar Thomas was charged with two counts of aggravated robbery and one count of aggravated assault of an officer in the shooting of a Harris County Precinct 5 constable deputy. 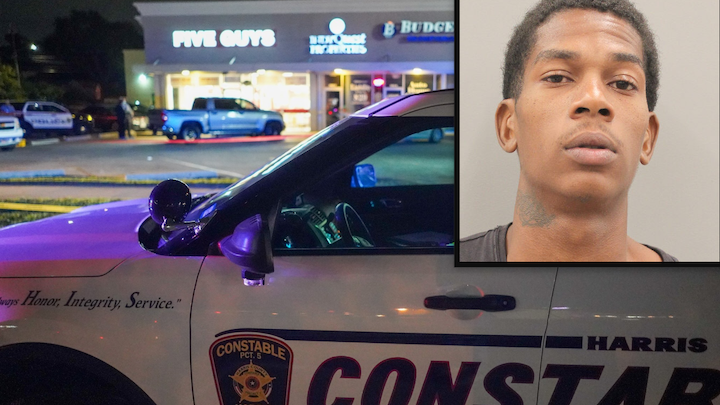 HOUSTON -- A man was arrested Wednesday in last week's shooting of a Harris County Pct. 5 constable deputy during a robbery at a Five Guys restaurant, according to Houston police.

Keith Lamar Thomas, 25, was charged with two counts of aggravated robbery and one count of aggravated assault of a police officer. The 39-year-old deputy had successful surgery after the shooting and is expected to make a full recovery.

Thomas fled the scene after the shooting last Wednesday at the Five Guys in the 2900 block of North Shepherd. The deputy was working an extra security job at the eatery when a man, armed with a pistol, began robbing patrons and employees of the restaurant, Houston police said.

The deputy couldn't engage the man because there were customers inside, police said.

Thomas was robbing the customers and appeared to be going for the cash register when he spotted the deputy outside. He fired at least four rounds through the window, striking the deputy at least once, police said. A vest may have caught a bullet, police said.